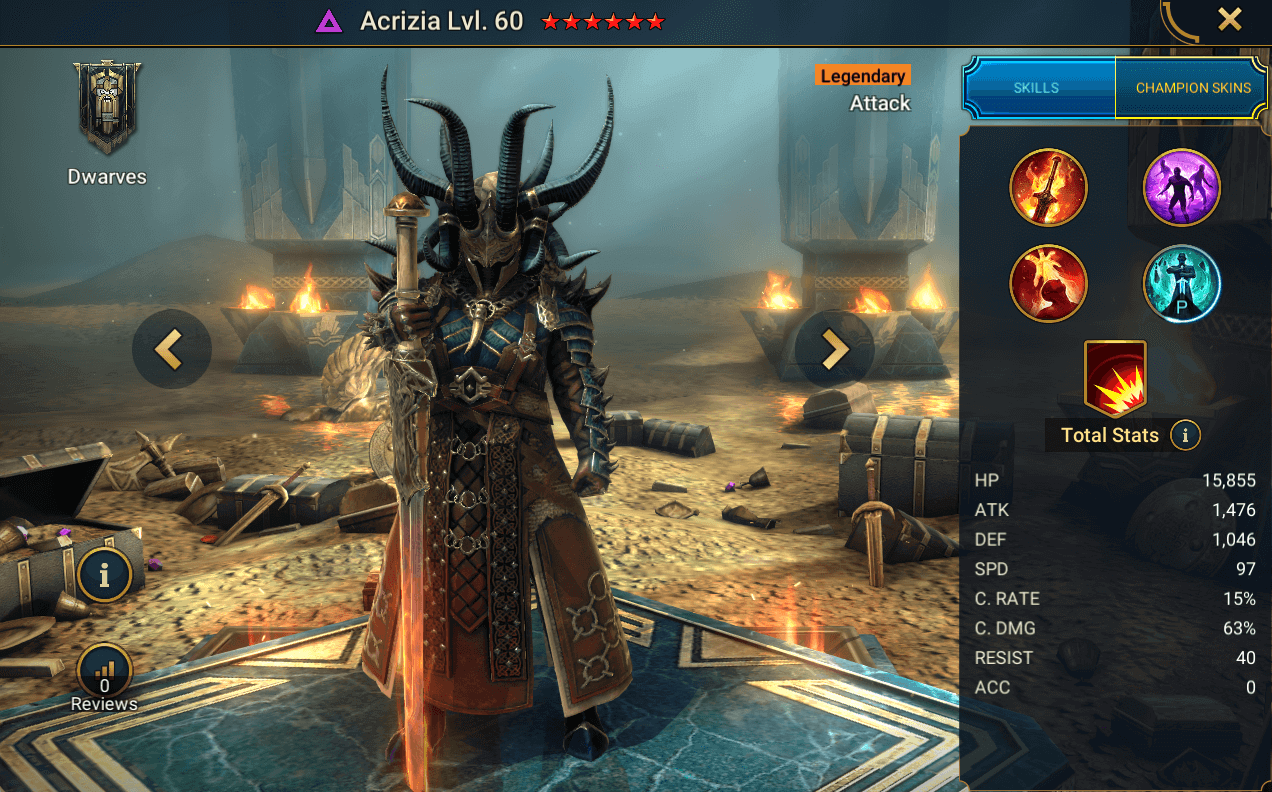 With her mighty flaming sword and more horns than a helmet can handle, Acrizia leads the Dwarves into new battles as part of Patch 6.0.

Acrizia is an absolute beast at doing damage to High HP opponents. She has a unique passive that will convert her attacks into Enemy Max HP multipliers should the target have more than double her HP. This makes her especially good at killing any boss or High HP opponents in Doom Tower. If the enemy has lower HP she still has a strong hit on all her skills.

Not only does she become one of the best Enemy Max HP damage dealers, she also brings an A1 Decrease Defence and a 100% Turn Meter steal on the a3 that doesn’t require accuracy if she is in Enemy MAX HP Mode. Her A2 brings a Shield although this will likely be low unless you put some priority into her HP stat (Which you can do if you do not intend to use her against low HP targets as Attack becomes virtually useless).

She also has some utility to stay alive with a passive that reduces all incoming AoE damage (which accounts for most of non-arena content damage and many arena nukers) by 50%!

Acrizia will have a home in any dungeon or boss killing team and maybe your arena defence will find a use for her. Probably one of the best champions in the game! Seen as the highest potential Hydra Damage Dealer in Raid!

Decreases the damage taken from AoE attacks by 50%.

Increases Ally C.Rate in all battles by 19%.