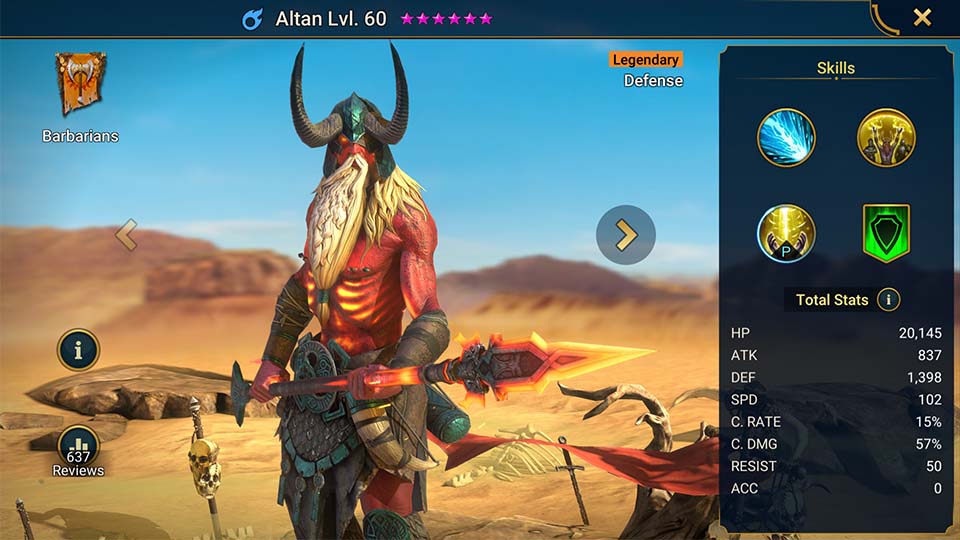 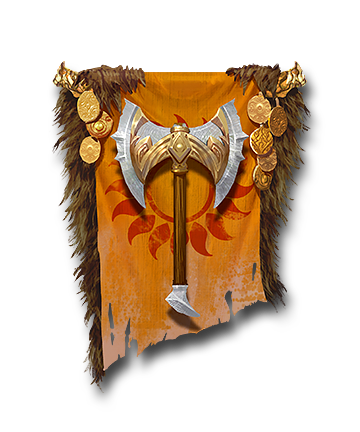 Altan is a Legendary champion from the Barbarian faction. He has been one of my favourite champions since I became a content creator. Altan has just two active abilities, both of them are huge in many areas of the game!
Altan is the hardest hitting Decrease Attack debuffer and therefore fits into any Clan Boss team that is not using an Unkillable set up. He also brings an increase Defence on his A2 that not only helps to keep your team alive, it also buffs his own damage.
In Faction Wars Altan also has key role to play with his ability to revive fallen allies if he kills an enemy with his A2.

Overall, a fantastic champion and a defensive based champion that can hit HARD!

Increases Ally DEF in all battles by 33%