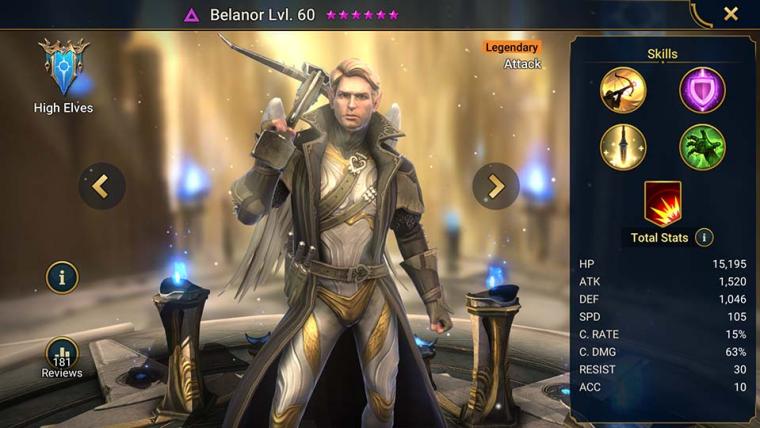 Belanor spends more time on his hair than anything else in the world. His wings allow him to get that slight advantage on most other champions however he is often overlooked in teams due to all his abilties being single target.

Belanor has an enhanced ability when paired with Zavia. Belanor can however hit really hard and is very strong in Clan Boss, especially unkillable teams as a debuffer. He is also strong for Faction War boss fights and and Dungeon bosses due to his decrease defence and weaken abilities.

Attacks 1 enemy. Will attack the enemy with the lowest HP with any surplus damage if this attack kills an enemy. The surplus damage cannot be critical.
Level 2: Damage +10%
Level 3: Cooldown -1

Increases Ally C. RATE in all battles by 24%.