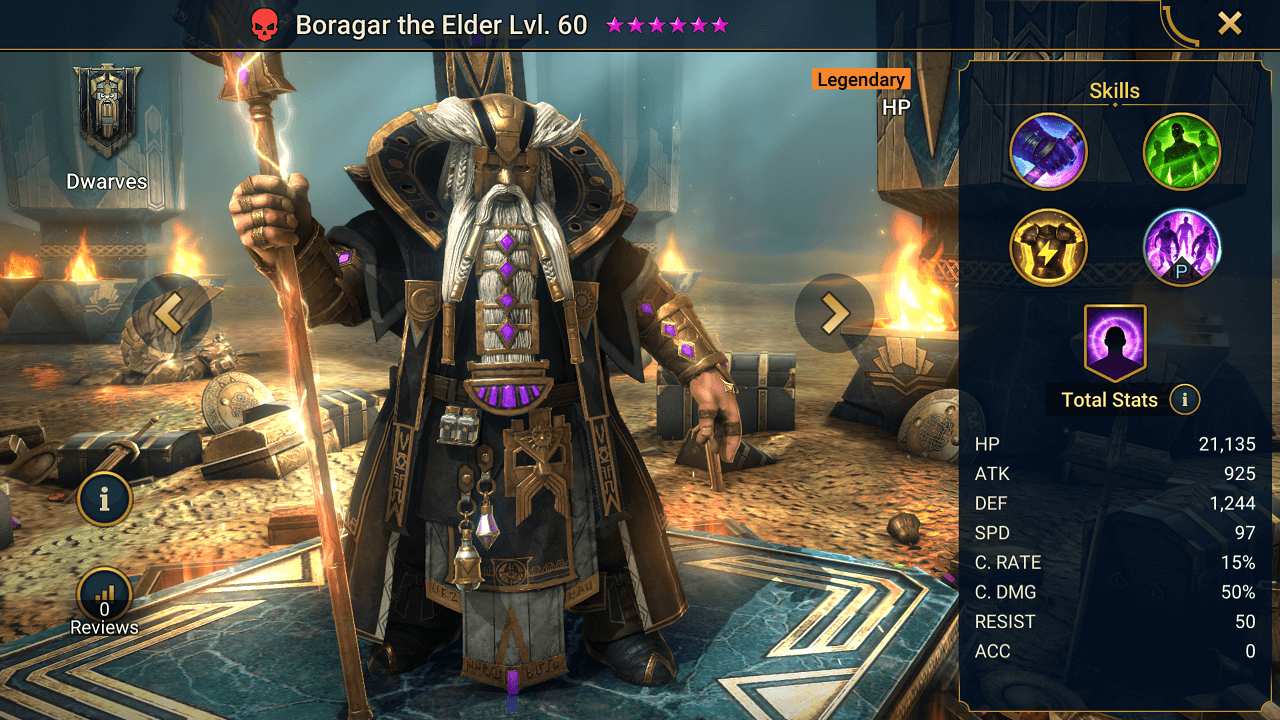 Fully armoured and ready for battle, Boragar the Elder brings new tricks to Teleria with the first champion with Increase Resistance buff. Resistance has been suffering since the introduction of more and more champions with Increase Accuracy so this buff should help bring more options to high resistance teams. In addition to this buff, Boragar also will support any team in PvE and PvP with Increase Speed, Shield buffs and some minor debuff removal.

He also has a unique passive that will reduce damage on any of your team by 10% if the ally’s Resistance is higher or equal to the enemy attacking. This will likely be enabled against most situations if you have already applied his Increase Resistance buff so it becomes quite an accessible and nice damage reduction effect.

Allies receive 10% less damage from Champions whose RES is lower than or equal to theirs.

Increases Ally RESIST in all Battles by 50