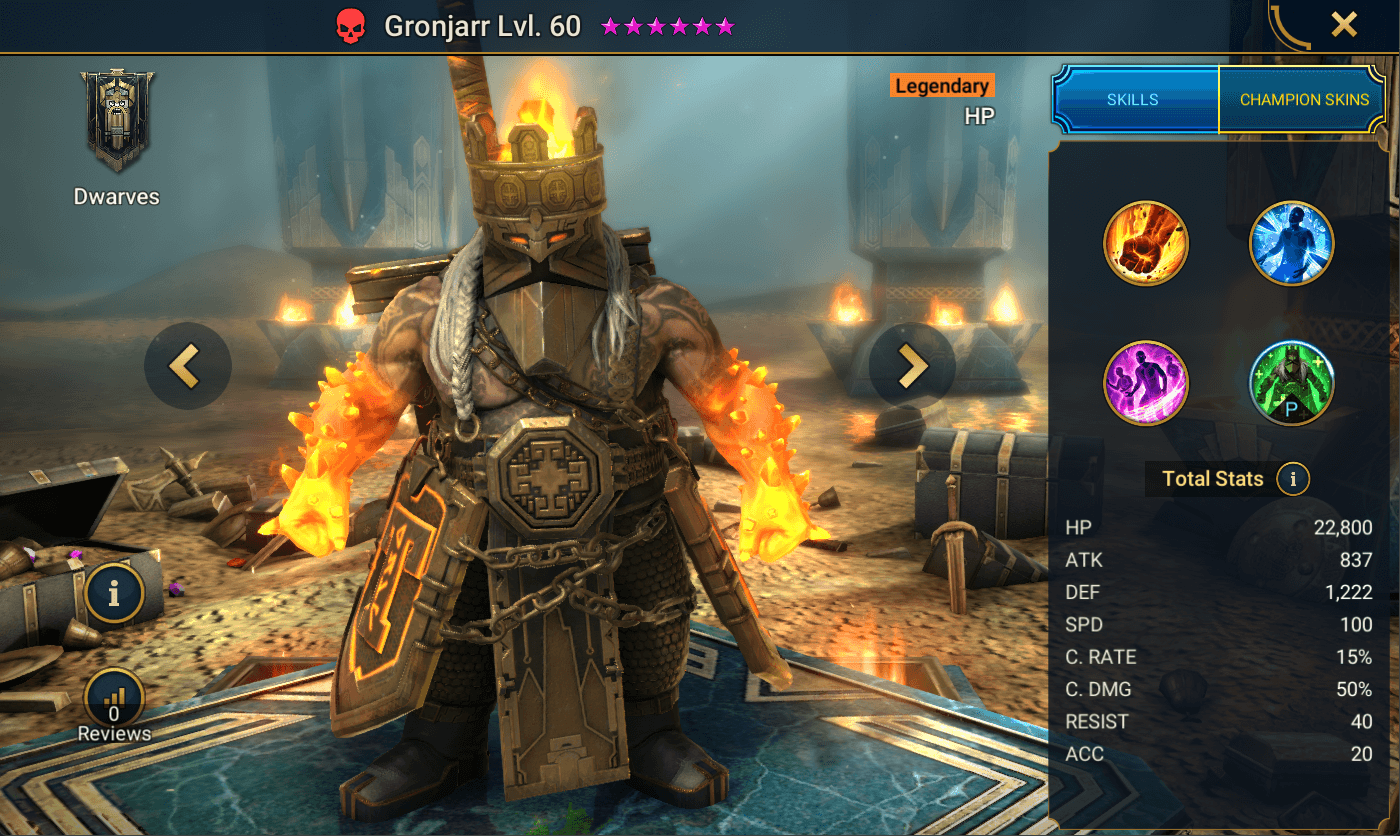 What do you get when you cross a pyromaniac, a dwarf and an unhealthy obsession with big swords…..Gronjarr! He joins as the eight champion that you can acquire from completing Secret Rooms in the Hard Difficulty Doom Tower.

As you’d expect, his kit revolves entirely around HP Burn. His best usage will likely be into Freeze based champions and bosses. Sorath, which places freeze and has a high resistance, will likely wither against Gronjarr’s passive which can place an irresistible HP Burn when a Freeze is attempted. Outside of the Passive, Gronjarr will do everything in his power to place HP Burns by removing Block Debuffs and placing an AoE HP Burn.

Overall, Gronjarr has a useful kit especially against Sorath but by the time you can fuse him, you will likely have solved many issues in the game. He doesn’t quite add enough to really break many teams. You will already receive an AoE HP Burn from fusing Akoth the Seared, one of the first rotation of Epics from Normal Doom Tower.

We are still working on recommending blessings for Gronjarr. Keep an eye for an updated guide once we have had an opportunity to playtest.
In the meantime, why not check our Blessings Tier List here.