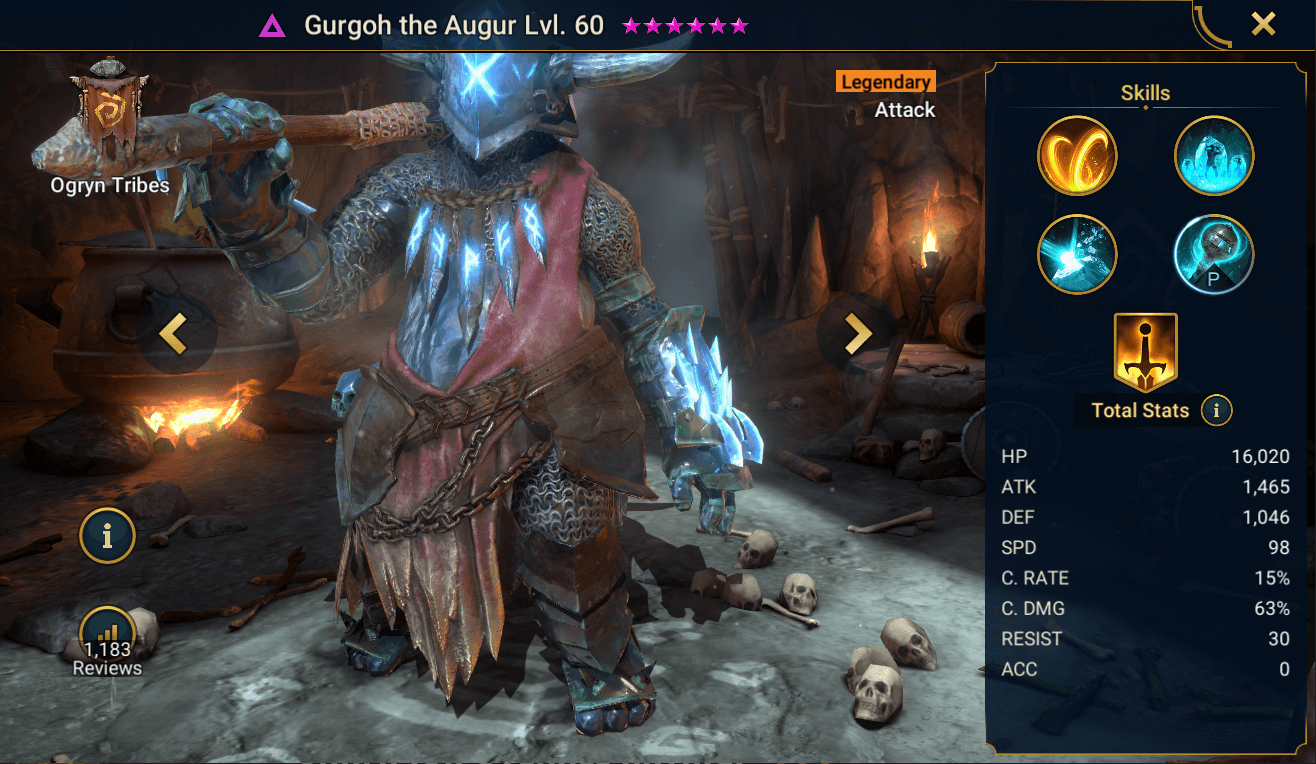 Gurgoh is a Void affinity legendary from the Orgyn Tribes faction.

Gurgoh was buffed in a patch in September 2020 seeing his base speed increase and his signature freeze ability improve, since he has become a top-tier control champion with an A2 ability capable of removing Buffs from the enemies and replacing them with [Freeze] debuffs. Freeze is among the best debuffs in the game ensuring your enemy will not take a turn and giving your damage dealers much more time to get the job done.

Gurgoh also excels in Spider controlling the spiderlings to prevent your tank from dying and in Faction War freezing challenging waves.

Overall an underrated and top-tier legendary champion with abilities that favour end-game content.

Has a 50% chance of placing a Freeze debuff on the attacker for 1 turn if this champion loses more than 20% of their MAX HP on one attack.