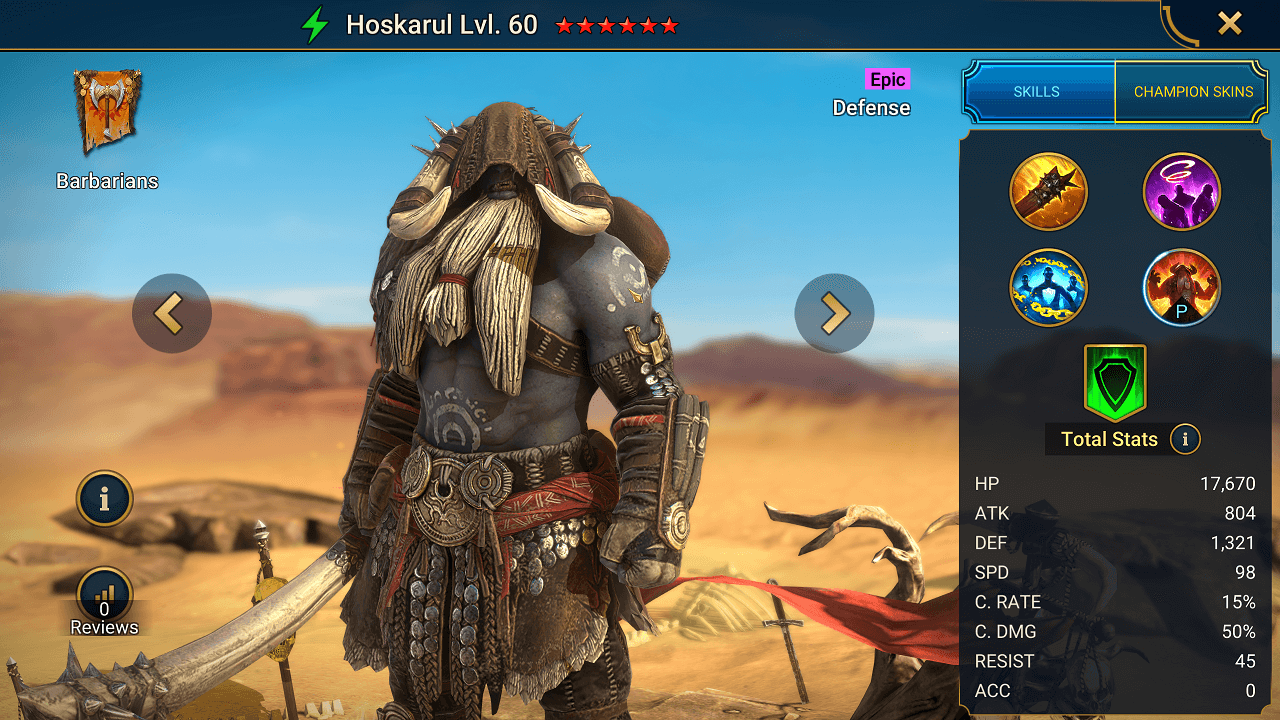 With stunning riposte, Hoskarul clubs his opponents in the Barbarian arena contests with no one capable of withstanding his blows.

If you ever wanted a champion that could Stun, Hoskarul is first pick in your roster. His kit revolves completely around the Stun debuff by placing on an Area of Effect attack on the A2 but also cleansing any stun debuffs on your team. His passive also makes him immune to any Stun debuff creating some interesting counters to any Astralon or Basileus Roanas opponent in the arena or to help you climb to the highest tiers of the Doom Tower where Control debuffs are essential (if you don’t have the ability to 1 shot the waves).

His passive is also unique in that any Stunned enemy will take 15% more damage from your entire team, paired with the Opportunist mastery your champions can end up dealing an extra 27% more damage on hit. Truly a powerful passive paired with his immunity.

Overall a Great Epic – We will update this guide following a full playtest.

Immune to [Stun] debuffs. Increase the damage inflicted by all allies by 15% when attacking enemies under [Stun] Debuffs.