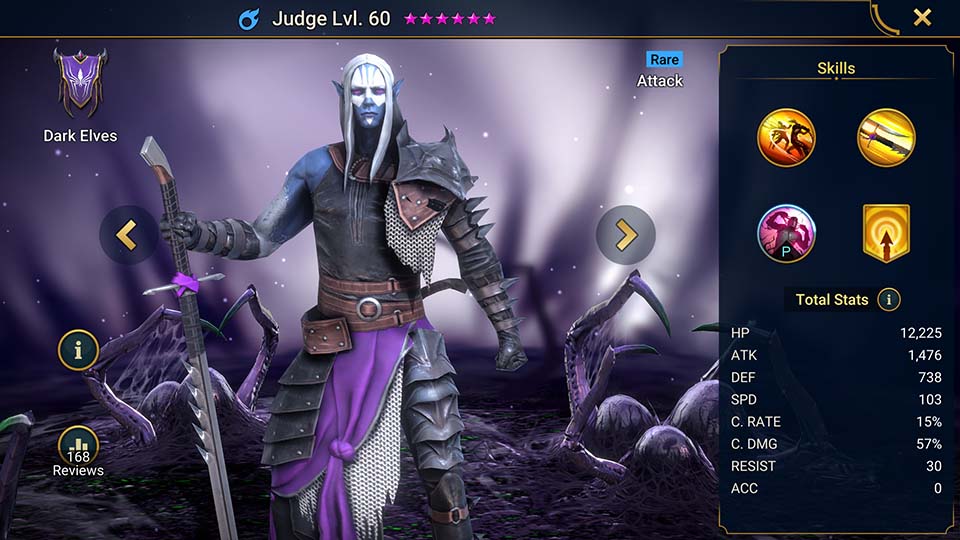 One of the Elven weapon master of his age Darion was nicknamed the Judge due to the efficient way he dealt with his enemies in 1 on 1 combat.
Judge is a Magic affinity, rare from the Dark Elves faction and can really pack a punch. He has a hard hitting A1 single target and decent damage on his A2 AOE as well. He wont be an early 6 star focus for you but has seen a lot of playtime in the late game in some of the tough Rare only secret rooms. His passive skill can also randomly apply a debuff to the enemies which is useful, these include decrease acc, spd, atk and def.
Overall a decent Rare.

Increases Ally ACC in all battles by 30

We recommend you use these blessings for Judge.
Team Blessings should be limited to 1 per team. For more information, please read our Team Blessings guide here.