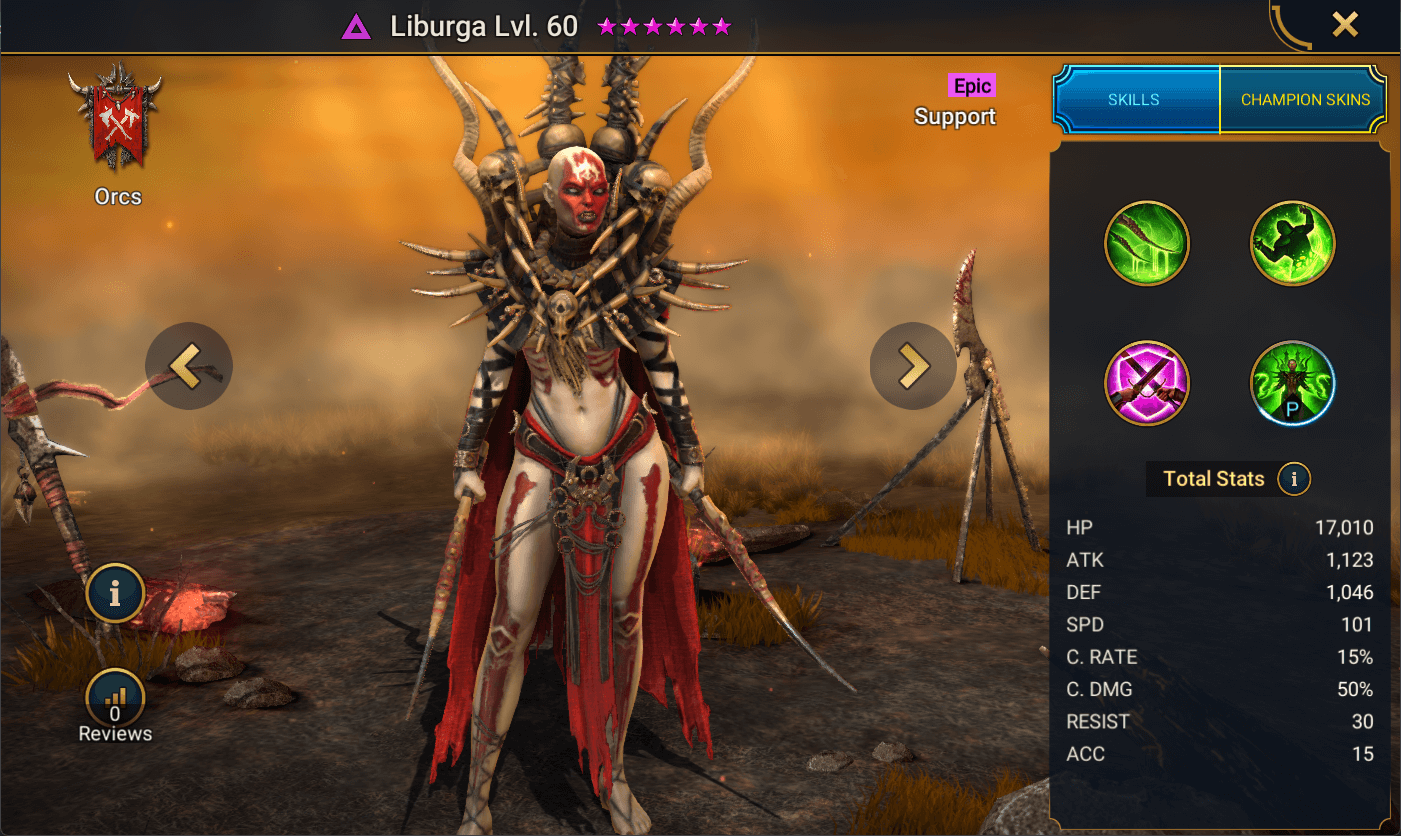 Baring her teeth in an eerie smile, Liburga is the second of the third set of Epic Champions you will be able to earn from the Normal Difficulty Secret Rooms in Doom Tower. As such you cannot summon Liburga.

Liburga is all about Poison. She can place poisons on a single target on two of her abilities along with Poison Sensitivity. Additionally she has a handy A3 which can provide your team with an Increase Defense and Increase Attack debuff. Few champions have the ability to provide both buffs to your team. In addition whenever she is attacked, Liburga can extend the Poison Debuffs.

She reads as a very strong Clan Boss champion or in a situation where poison excels such as Borgoth, the Scarab King. She may also have a place in High End Dragon or Ice Golem Speed runs with her ability to bring buffs (for a Seer nuke) whilst also being the primary poisoner.

Boil From Within - 4 Turn Cooldown

When attacked, has a 50% chance of increasing the duration of all [Poison] debuffs on the attacker by 1 turn.