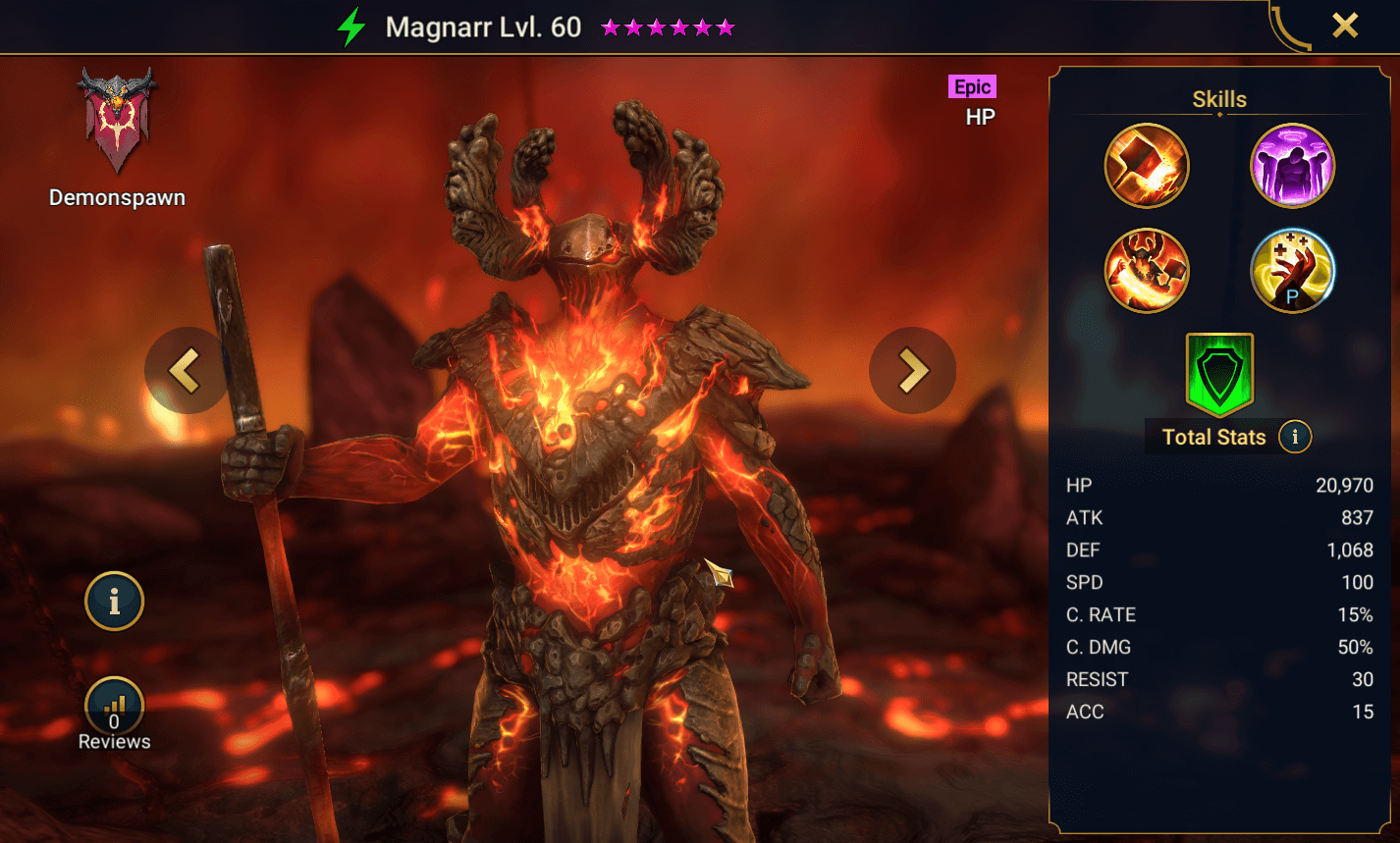 Magnarr burns through the ranks of the Demonspawn as a Spirit HP champ as part of Patch 4.50. He will be a champion required to fuse the August Fusion, Mother Cybele.

Magnarr, part of the Mother Cybele fusion has a massive AOE hit on his A2 competing with Sir Nicholas a Void Legendary. He also has an interesting debuff spread and stun ability when the enemies have an HP burn on them. Magnarr is my favorite epic in the fusion.

Magnarr revolves heavily around HP burn with his kit improving or changing based on the presence of HP Burn. The biggest issue with his kit is he is unable to place HP Burn himself. Therefore if you want to spread debuffs or place a stun or guarantee decrease defense, you will need to partner him with an HP Burn champion. He does have some self sustain in his passive which might make him viable in certain areas of the game (although a 1% heal may prove too small even for an HP-based champ).

This champion heals by 1% of their MAX HP every time anyone in the battle takes damage from a [HP Burn] debuff.