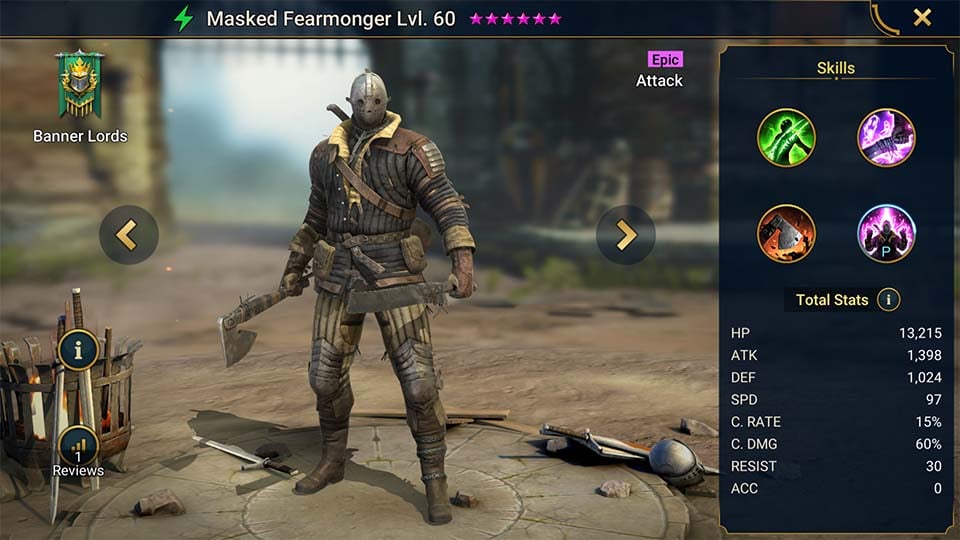 Masked Fearmonger aka Jason Voorhees from the horror Friday the 13th is an epic Banner Lord who really isn’t epic in any way! He was introduced as a fusion for Halloween 2020.

Masked Fearmonger has an interesting kit heavily focused on Arena looking to nuke one target with his A2 and then spreading fear to the other enemies. Generally, his kit is aimed at being a strong single-target nuker however finding a place in your team for this champion is very tricky especially as there are just so much better options to choose from. Most AOE nukers will just outclass him because why would you attack just one instead of four?!
Overall Fearmonger was disappointing.

We recommend you use these blessings for Masked Fearmonger.
Team Blessings should be limited to 1 per team. For more information, please read our Team Blessings guide here.