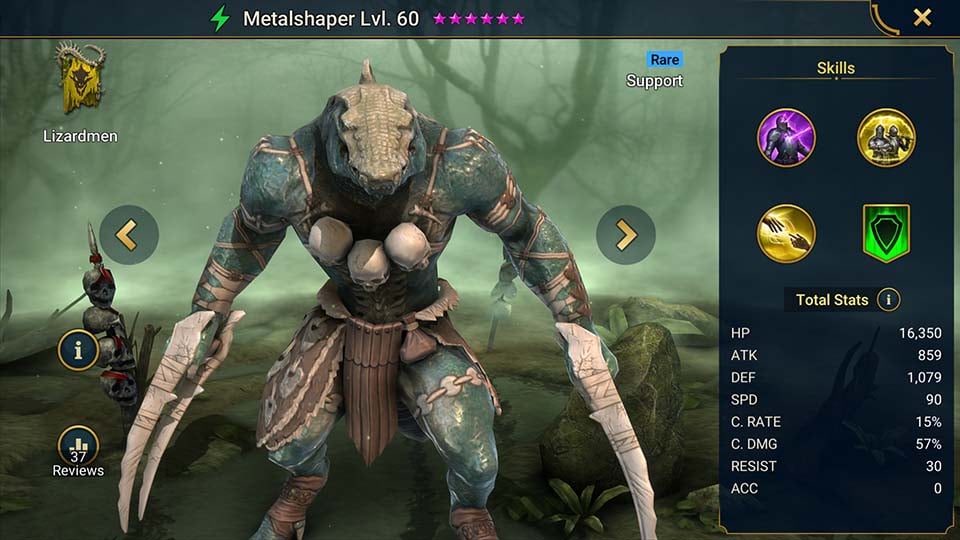 Metalshaper is a Spirit affinity rare from the Lizardmen faction. Metalshaper has lived in the vaults of Raid players since release until the Doom Tower was released! He has now moved to a position of one of the best shield champions in the game for Borgoth provided he is the fastest in your team. His cleanse on his A3 is also really useful for Spider or Agreth.

Well worth taking to 50 for Doom Tower!

We are still working on recommending blessings for Metalshaper. Keep an eye for an updated guide once we have had an opportunity to playtest.
In the meantime, why not check our Blessings Tier List here.