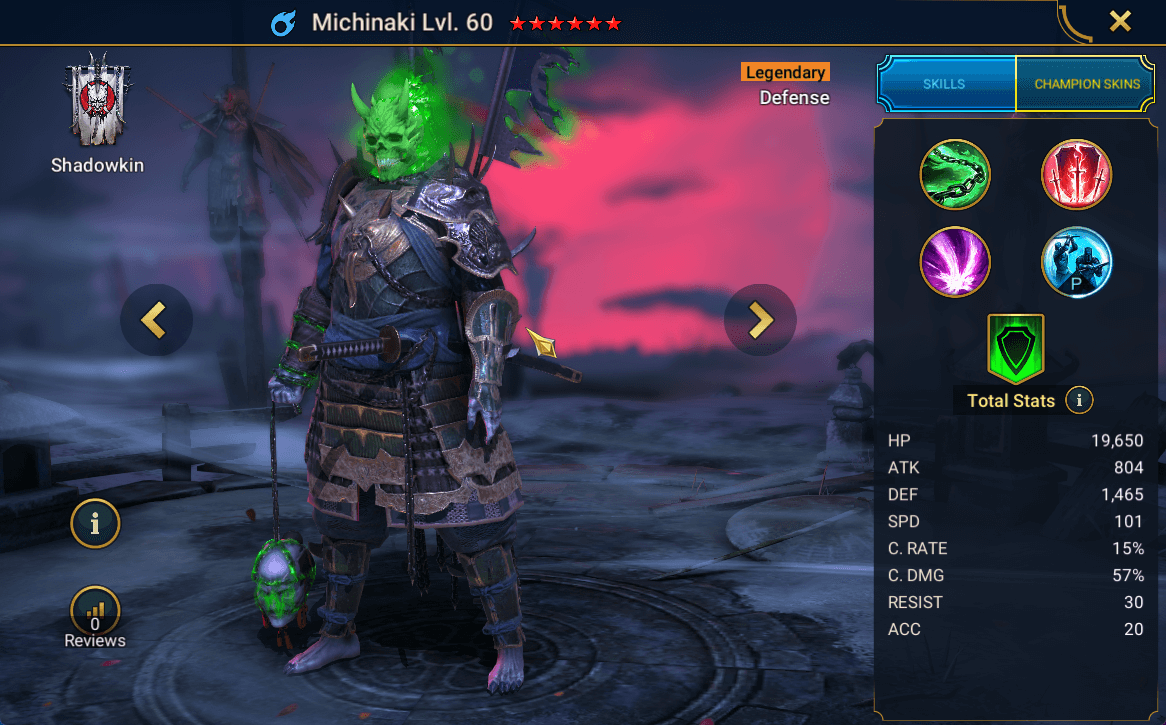 As Ghost Rider, Blaze has the appearance of a flaming skeleton. After becoming the King of Hell, Blaze has begun sprouting demonic horns….

Michinaki was added to the Shadowkin faction during the Halloween patch 6.20 in October 2022! She looks a little bit like Ghost Rider!
Michinaki is one of the most interesting legendary champions added to Raid for 2022 with a really cool kit. He has an HP burn on his A1, an AOE decrease defence and attack on his A2 and a second AOE hit landing Hex on his A3.
By far the best part of his kit is his passive allowing him to have a 50/50 chance to join an attack with an ally whenever hex is active! This is bonkers in long fights such as Clan Boss or Hydra!

Attacks all enemies 2 times. The first hit removes all buffs from each target. The second hit places a [Hex] debuff for 2 turns.
Level 2: Cooldown -1
Level 3: Cooldown -1

Whenever an ally attacks an enemy under a [Hex] debuff, this Champion has a 50% chance to team up and join the ally’s attack.