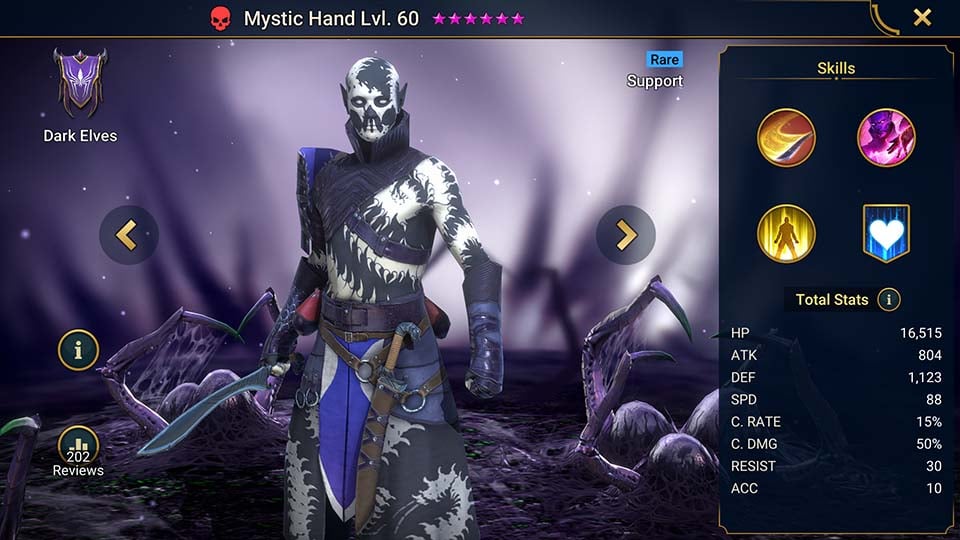 An Elven cleric placed his hand upon Faradins head at birth and said the words of old. All light left the room as Faradins power started to show through. Such a bad omen was not accepted in the Elven ranks and he was cast out, left to wither away. But the Dark Elves sensed his power and found him, nurtured his talents readying him for the battles to come.

Mystic Hand is a Force affinity champion from the Dark Elves faction. He only really shines early game against the force keeps due to an ability to steal away enemy buffs on his A2. His heal on his A3 is also pretty solid early game. Generally he belongs in the bin.

Increases Ally HP in Dungeons by 25%

We recommend you use these blessings for Mystic Hand.
Team Blessings should be limited to 1 per team. For more information, please read our Team Blessings guide here.