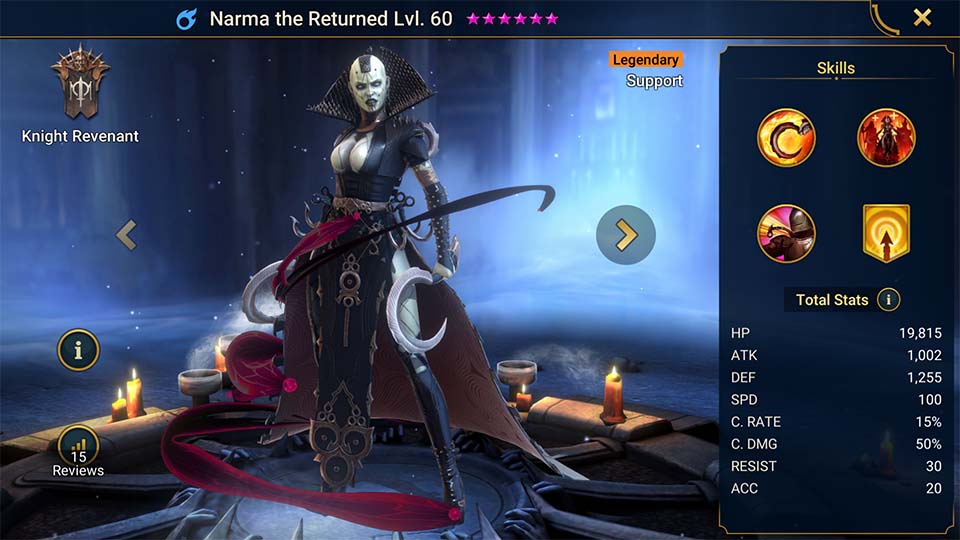 Narma the Returned is a Magic affinity legendary from the Knight Revenant faction. Narma was introduced during Halloween 2020 and was the first Clan Boss focused legendary released by Raid for some time. Narma’s kit is made for Clan Boss with some of the most essential debuffs like decrease attack, poison and poison sensitivity. Narma also has a chance to extend debuffs with her A1 which is great when paired with Ally Attack champions or Counter Attack champions.
Outside of Clan Boss Narma is best against Dragon again with that Poison ability.

Make sure you build her with strong speed, accuracy and defence to get the best out of her.

Increases Ally ACC in Dungeons by 80