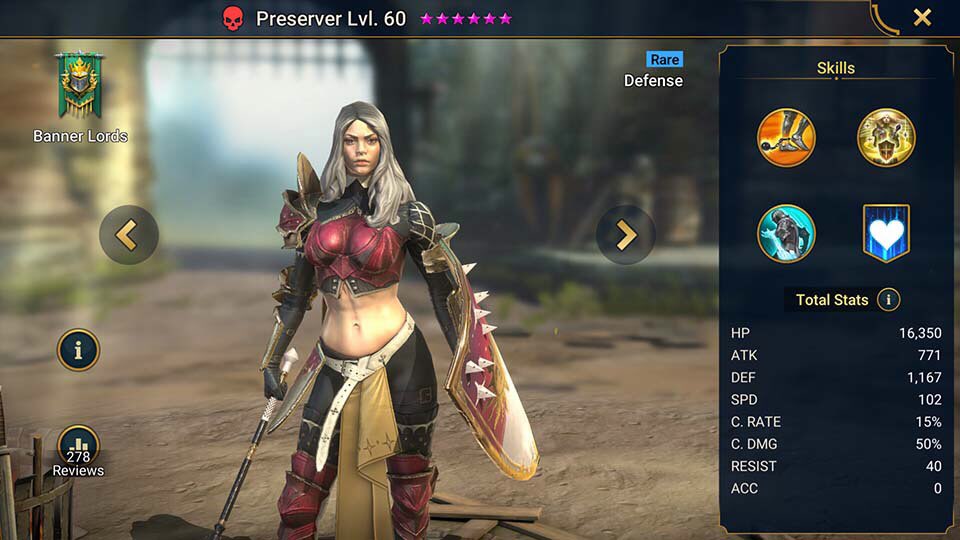 Preserver is a defence-based champion which makes her easier to keep alive whilst doing damage, usually a good trait in Raid.

Preserver has a very underwhelming kit and is generally considered trash, however, she does form a part of the Rhazin Scarhide fusion. She will be fused into an epic called Bloodfeather to complete this fusion. Therefore, don’t feed her too early unless you have fused Rhazin already.

Increases Ally HP in all battles by 17%

We recommend you use these blessings for Preserver.
Team Blessings should be limited to 1 per team. For more information, please read our Team Blessings guide here (coming soon).