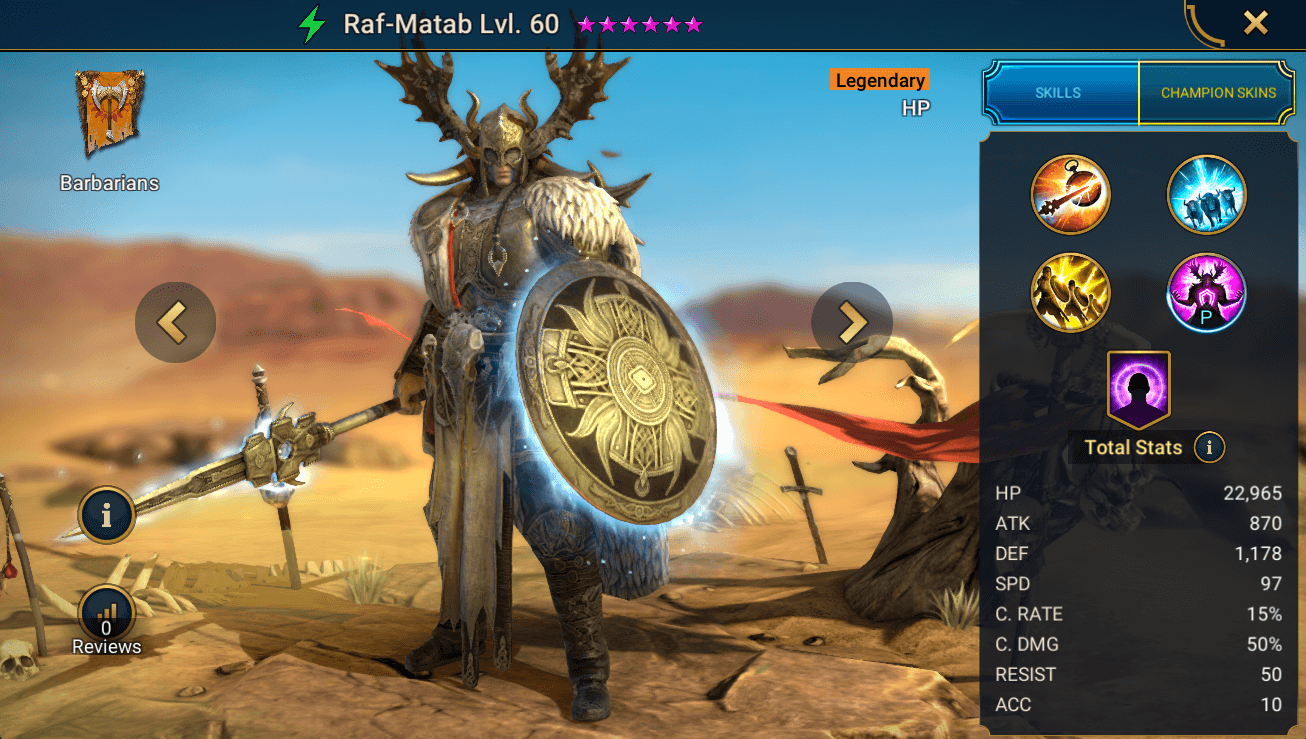 Raf-Matab has learnt the power of glowy stuff from the Clan Fathers and brings his shield and spear to the ranks of the Barbarians.

His kit is aimed at being able to resist enemy effects and then land provokes with his A2. At the same time he places a Block Damage buff on himself for 1 turn allowing him to take no damage from the enemies he’s controlling.

In addition he brings a useful A1 with the ability to put enemy skills on cooldown and will serve well with Counter-Attack buffs or masteries. Overall he looks to be an interesting arena champion that could go 2nd and then apply Increase Resistance.

Shield of the Clans - 5 Turn Cooldown

Increases Ally Resist in All Battles by 60