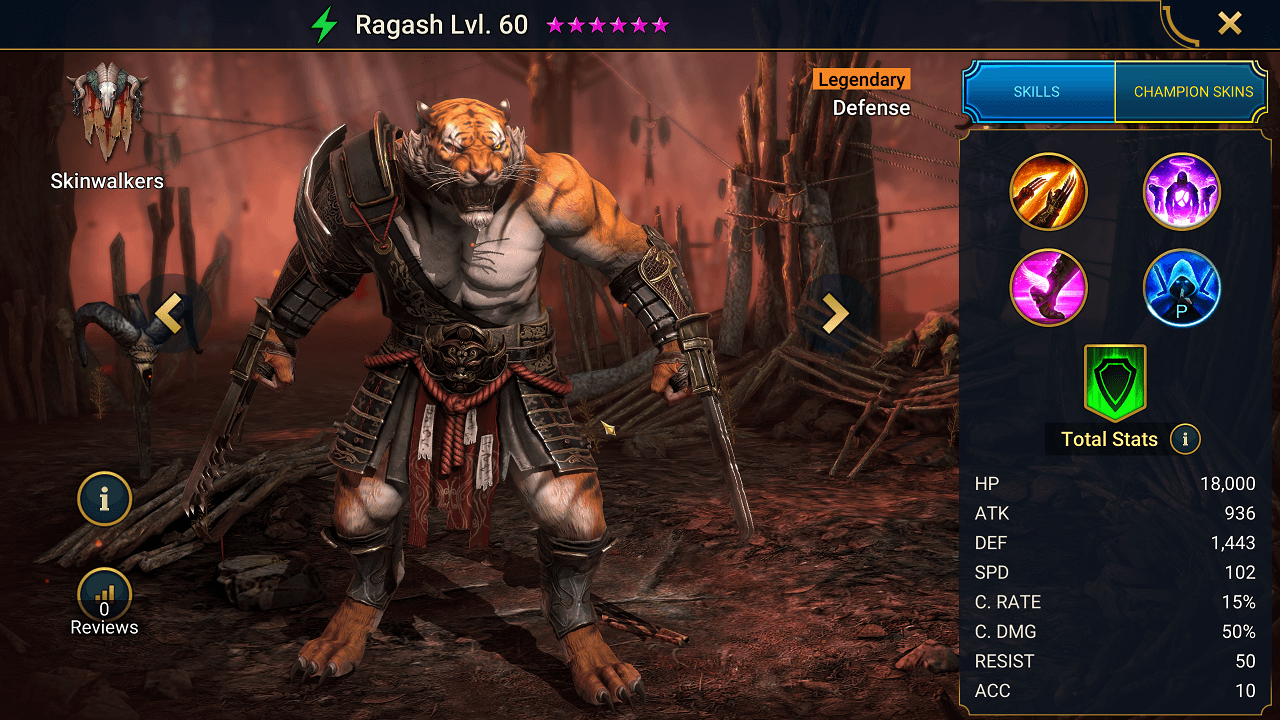 Ragash is a brand new legendary champion that was added to Raid Shadow Legends in July 2022. This champion joins the Skinwalkers as a Defensive Spirit Legendary Champion.
This is a great addition to the Skinwalkers faction with a fantastic AOE decrease defence ability. He also brings an AOE stun ability to add control to the enemy waves and brings a decent amount of damage as well.

His kit makes him very versatile, either used to set up the Arena damage, he can be your arena damage, or can be used as a good wave control and defence down champion. Due to the way the A2 is coded he will always land decrease defence even versus weka affinity opponents but will not always land the stun verses weak affinity opponents. He brings some solid buffs for your team and can be used almost anywhere!

At the start of each turn, places a [Perfect Veil] buff for 1 turn on the ally with the highest ATK.
Inflicts 20% more damage against targets whose DEF is lower than this Champion’s DEF.

Standard PvE
Nuker
Offense
Defense
Support
Offense
Defense
<img title="Selfless Defender - Decreases the damage an ally receives from the first enemy hit in each round by 20%. This Champion will receive that damage instead" alt="selfless-defender" class="lazyload ignore-laz