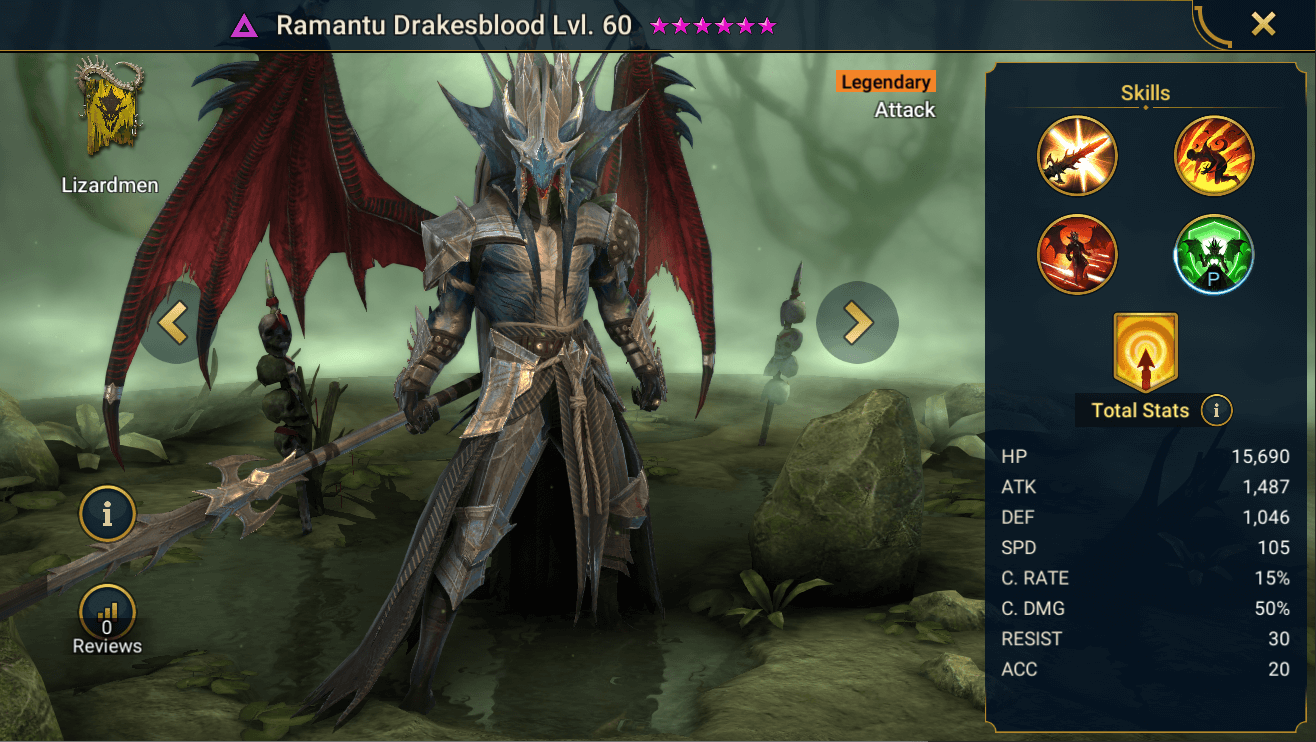 Ramantu Drakesblood is a new Void Legendary that can only be earned by completing the Advanced Progress Missions released in Patch 4.20. It will take a while before we can earn Ramantu as it requires you to complete all the missions (one of those requiring you to earn Gomlok Skyhide which is the final Legendary champion achieved in Doom Tower Hard). Ramantu looks like he will be excellent in arena with the ability to remove all buff and then Block Active Skills – a powerful debuff that forces enemies to use their A1 skill until the debuff is removed. Ramantu is unique in that he can place a Block Passive Skills debuff, the only champion to do so, however, take note that this may not work on the majority of the bosses.

In addition to his powerful A3, he can place all the high value debuffs on a single target including an AoE fear if he lands all of the debuffs on his A2. Overall his kit on paper seems extremely powerful – I am looking forward to getting my hands on him to fully test him out but this may take some time for you to complete your missions!

Attacks 1 enemy. Has a 75% chance of increasing the cooldown of 1 of the target’s skills, at random, by 1 turn. Has a 25% chance of placing a Stun debuff on the target for 1 turn if a skill has its cooldown increased to the max. If the cooldown increase is successful, will also decrease the cooldown of one random skill (by 1 turn) of the ally with the highest Turn Meter and a skill on cooldown.
level 2: Damage +10%
level 3: Buff/Debuff Chance +10%
Level 4: Damage +10%
Level 5: Buff/Debuff Chance +15%

Whenever an enemy places a Stun, Sleep, Freeze, Fear, True Fear or Provoke debuff on this champion, will instantly fill this Champion’s turn Meter by 30% and place a 30% Increase SPD buff and a Shield buff on them for 2 turns. The Shield buff is equal to 30% of this Champions MAX HP.

Increases Ally ACC in all battles by 80