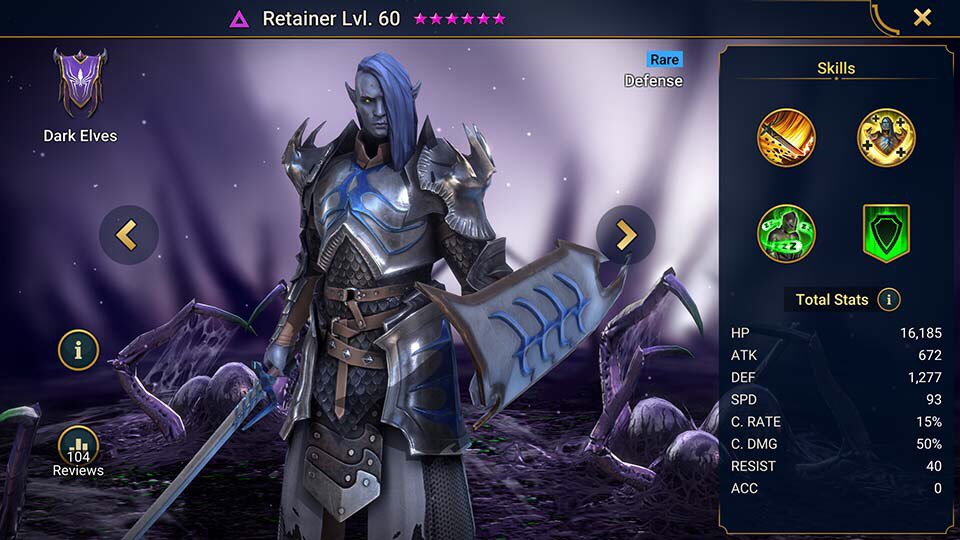 Retainer was asked to join the Kings guard at the young age of 1027. Being so young he fell in with the wrong crowd drinking and brawling, but the one thing the King could not except was his stupid hair cut!

Retainer is from the Dark Elves faction and is a Void affinity, rare champion. He feels very weak considering he is a void champion and will likely be sitting in the vault or used as food to level other champions. You may find some use for him in Faction wars against bosses using his A3 turn meter drop ability. He does have a kit based on defence making him fairly easy to build for survivability.

We recommend you use these blessings for Retainer.
Team Blessings should be limited to 1 per team. For more information, please read our Team Blessings guide here (coming soon).