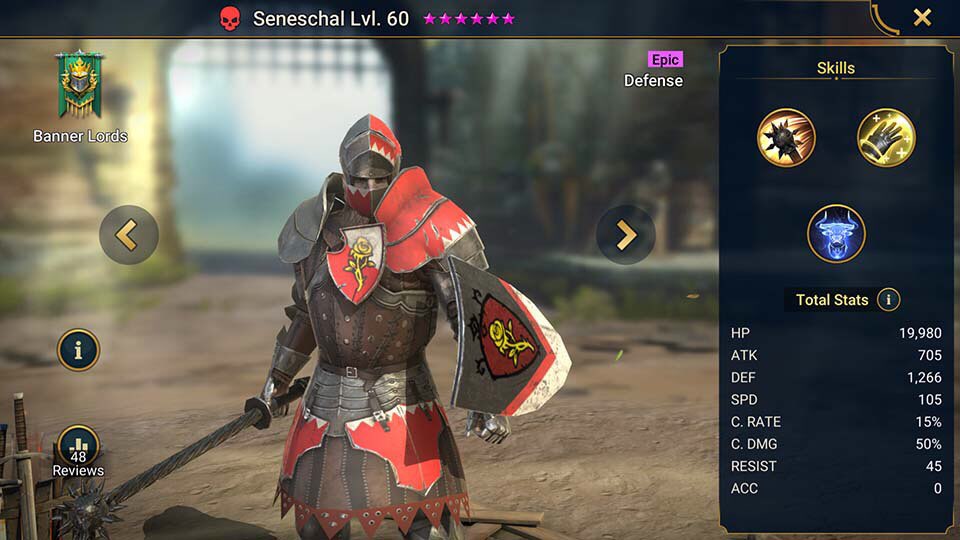 Seneschal looks like he’s taken a cannonball to his chest with that mini shield having a hole in its top left corner. He also forgot to paint the rest of his armour leaving one side clear and painting one side red. He is a nice champion if you can get him early in your Raid account because of his a3 which Provokes all enemies and places a counterattack on himself. This can be quite annoying in low-level arena defence especially as some players won’t know what all the champion’s abilities do so he may come as a surprise and get you some free arena trophies.

His a1 isn’t bad with a chance to place a Leech debuff that allows healing for the whole team. He also has a nice base defence so he can act as a meat shield to your squishy nukers! Aside from that, he lacks any real damage or important debuffs and therefore tends to be a Faction Wars champion!