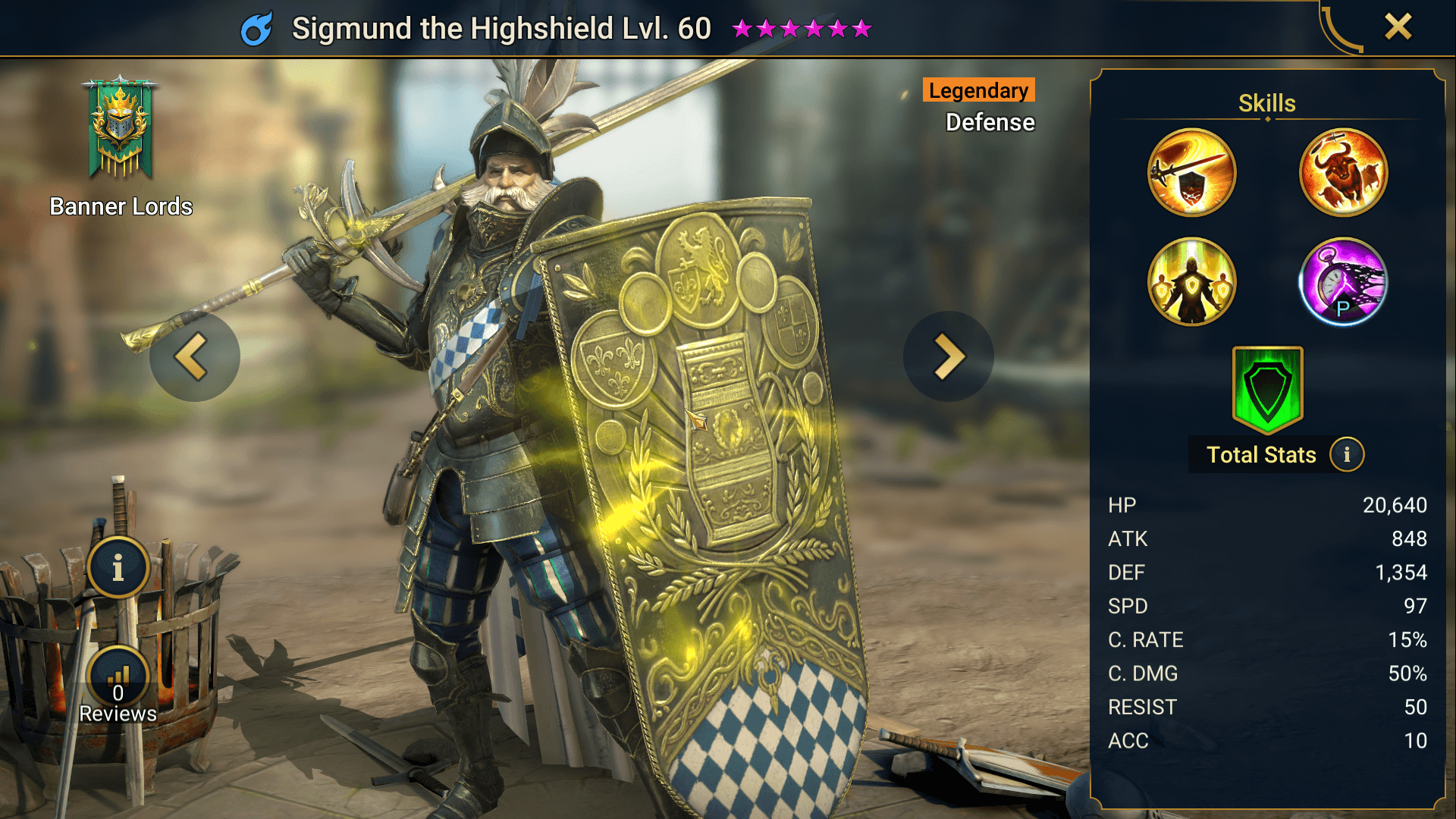 Sigmund the Highshield enters the fray as part of October 2021’s Fusion Event. His glowing shield is really hard to miss! This is a character model that really stands at as the attention to detail is immense! From the cape to sword he really stands as a true Banner Lord!

He is a Defensive Legendary Champion who is not afraid to tell people who’s boss! His kit revolves around his a2 and a3 because he can control waves of mobs with his AOE Provoke when booked is 75% chance it is not bad at all! Plus 100% chance to place a Decrease ATK debuff, this is a huge ability because it gives your team time to breathe and whilst Sigmund is tanking all the damage he reduces the incoming ATK by 50%. This is great for Faction Wars because you need that controlling character in the team otherwise it just becomes near impossible to complete it!

Then his a3 isn’t shy of being brilliant because he places a Shield on all allies with a Strengthen buff as well, so not only is he Provoking enemies he is giving your allies a Shield and Strengthen for when the Provoke wears off and the enemy start full hitting again.

With these two abilities, he is great for any wave clearing in Dungeons, Doom Tower or Faction Wars!

His Passive could become incredibly annoying to face with any attack potentially removing your buffs. It is a low percentage chance at 20% but upgraded for bosses.

Shield of the Realm - 5 Turn Cooldown

Whenever this Champion is attacked, has a 20% chance of decreasing the duration of all buffs on the attacker by 1 turn. Has a 40% chance instead when attacked by a Boss.

PVP control
Offense
Defense
<img title="Improved Parry - Decreases the damage received by this Champion by 8% when this Champion is hit with a critical hit" alt="improved-parry" class="lazyload ignore-lazy" src="data:image/gif;base64,R0lGODlhA