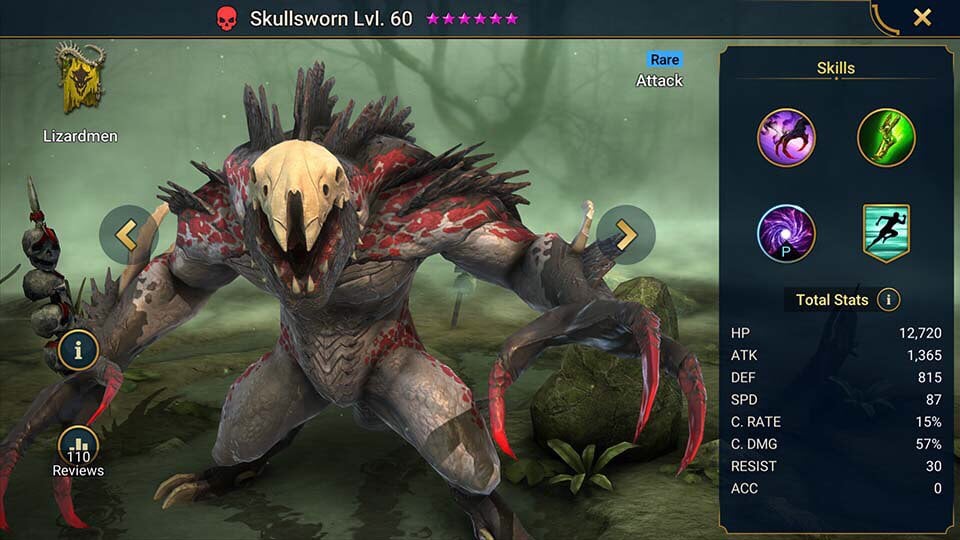 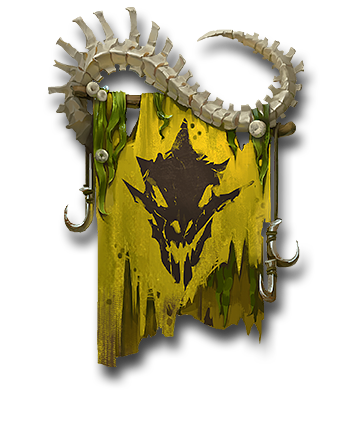 Skullsworn is a Force affinity rare champion from the Lizardmen faction. Skullsworn is farmable from stage 2 of campaign Sewers of Arnoc and was made famous when a Legendary fusion burst into the scenes Skull Lord Var-Gall. When Skullsworn dies and it paired with Skull Lord, he is able to be resurrected over and over again. In Faction Wars, Fire Knight and against Kuldath in Doom Tower this pairing is a legitimate strategy to push as much damage as possible into Skullsworn and let him loose!

Aside from this cool pairing Skullsworn is mediocre at best BUT DO NOT FEED Skullsworn! He also forms part of the permanent legendary fusion Rhazin Scarhide! You combine him with 3 other rares to fuse the epic Torturehelm.