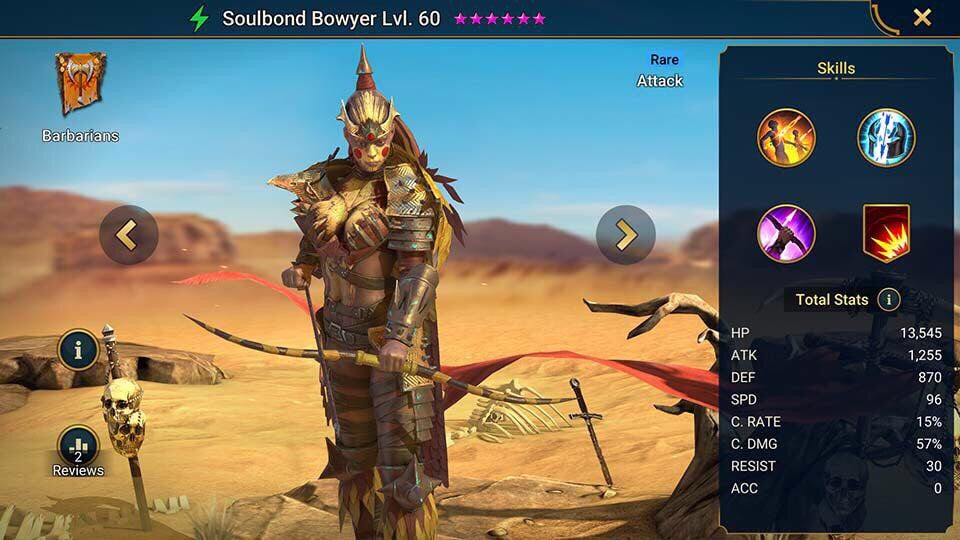 Soulbond Bowyer is a Spirit affinity rare champion from the Barbarian faction. She was introduced as a rare champion which made part of a large infamous Fusion of Rotos the lost groom, widely thought of as the best champion in the Arena until the buffs and nerfs patch in September 2020. Soulbond is a really strong rare with a turn meter depleting A3 making her exceptionally good in Spider, Fire Knight and Faction Wars. She also hits hard and has an Attack all Enemies ability on her A1 meaning she is very effective in a stun set to add some control to waves in Dungeons and Faction Wars.

She is a great champion for Doom Tower secret rooms and really pulls through as a MVP. AOE a1 will tear through secret rooms to get you the champion fragments!

Increases Ally C. RATE in all battles by 12%