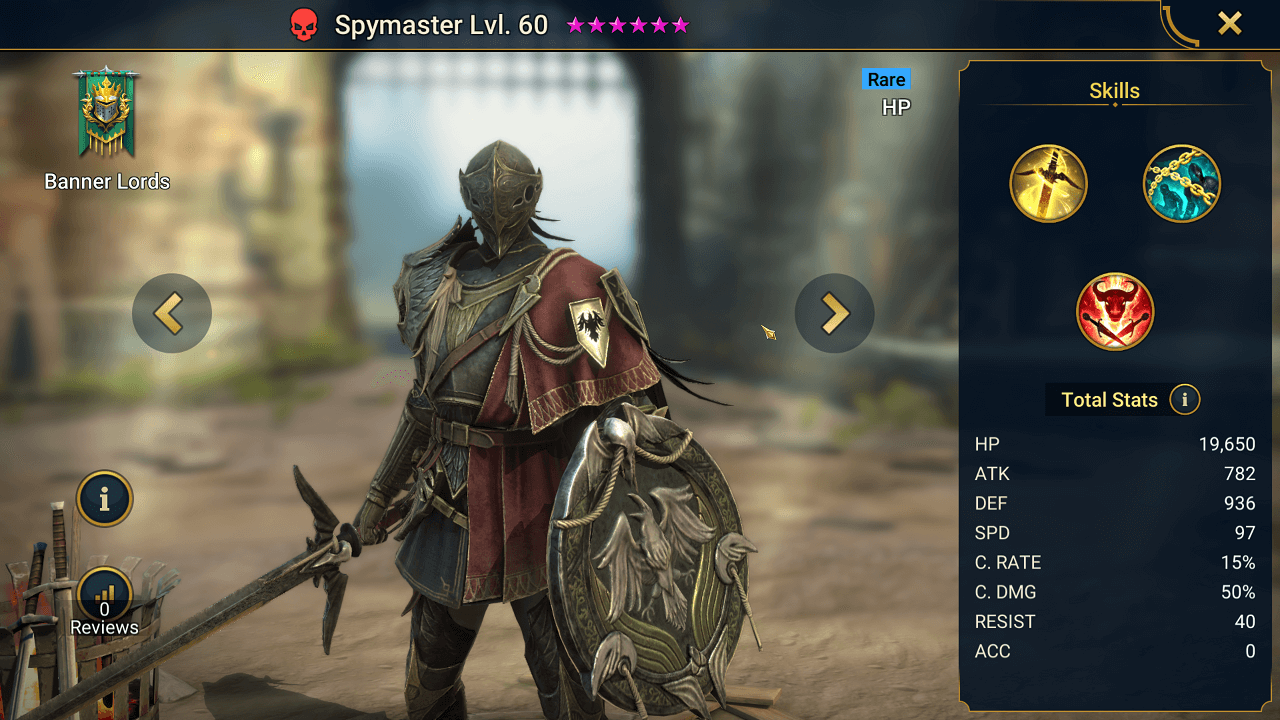 Spymaster isn’t doing much spy work carrying around that massive sword and shield. He was added to Raid during the Valentine Fusion in February 2022 as part of the Karato Foxhunter fusion.

Spymaster has very weak multipliers and therefore can only be used for his abilities and these are not that great. He is fairly easy to build to keep him alive due to him being an HP champion, this can be helpful for faction wars but most likely he will be spying from the vault!

His A2 may be his saving grace as AOE Block Buffs can be really helpful against Hydra Clan boss and useful in arena.

Block Buffs
Offense
Defense
<img title="Delay Death - Reduces the damage this Champion receives from a specific enemy by 0.75% with each hit taken from that enemy. Damage reduction stacks