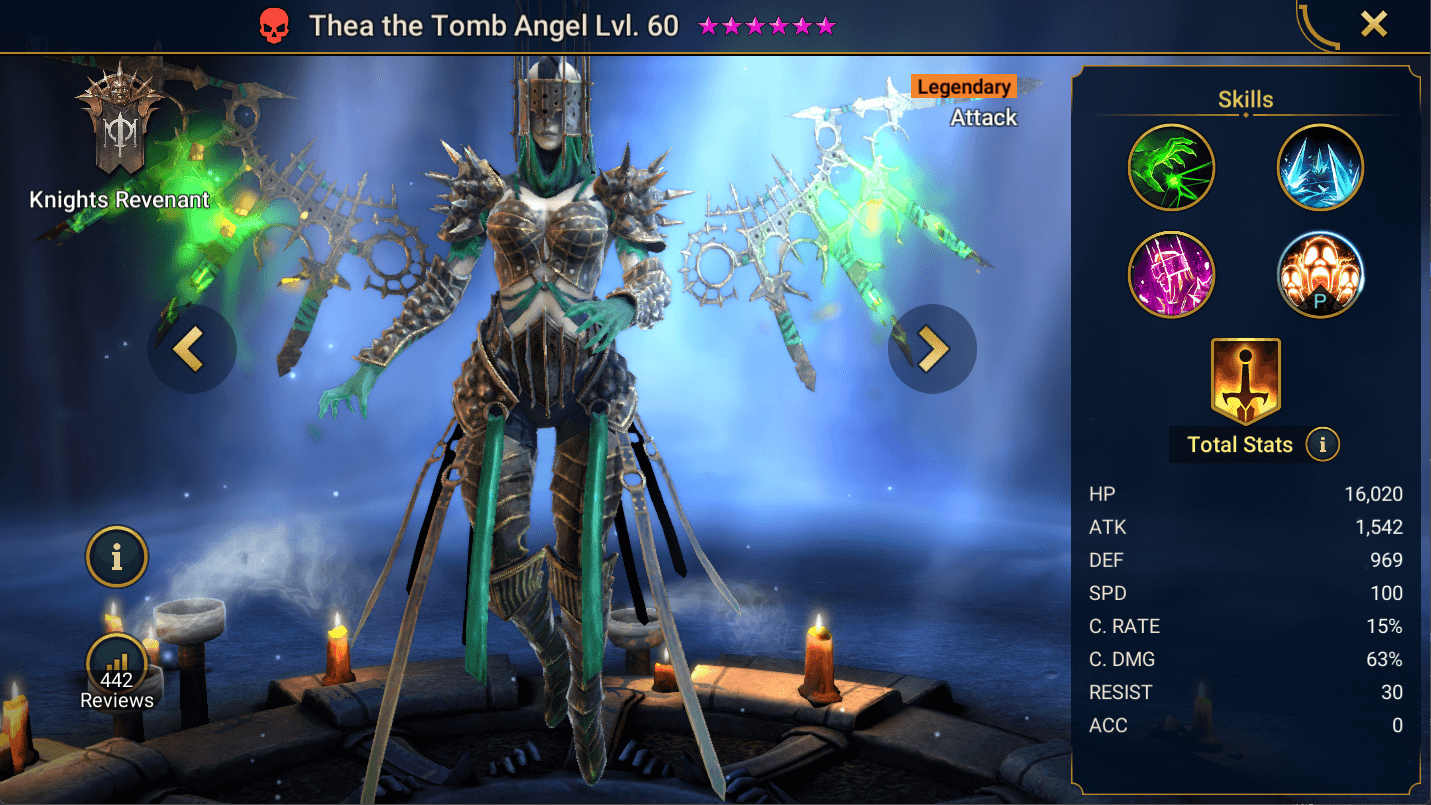 Thea the Tomb Angel arrived with quite a large amount of hype as part of Patch 3.0 along with the Doom Tower release, an exclusive reward from completing Secret Rooms. Unfortunately she was labelled Thea the Vault Angel as she was dependant on Hex debuff and at the time of her release there was very few (if any) champions able to Hex.

Since then, we now have a number of options and in Patch 5.20 her base speed was increased (was extremely low before) and she no longer consumes Hex debuffs. This has opened a few more options but her kit is still very limited. Her big ticket ability is Hexreaper which is a massive AoE damage ability that increases depending on the number of Hex debuffs on the enemy team. This is a Top 5 nuke however it relies on that Hex which can prove difficult to maintain in Arena.

Overall she’s a solid nuke in the right scenarios but lacks a great deal of utility to find extensive use in the late and end game.

Not of This World - 5 Turn Cooldown

Places a [Perfect Veil] buff on this champion for 3 turns. Grants an Extra Turn.
Level 2: Cooldown -1

Has a 50% chance of placing a [True Fear] debuff on all enemies for 1 turn when an enemy loses 30% or more of their MAX HP in a single hit.

Increases Ally ATK in all Battles by 30%