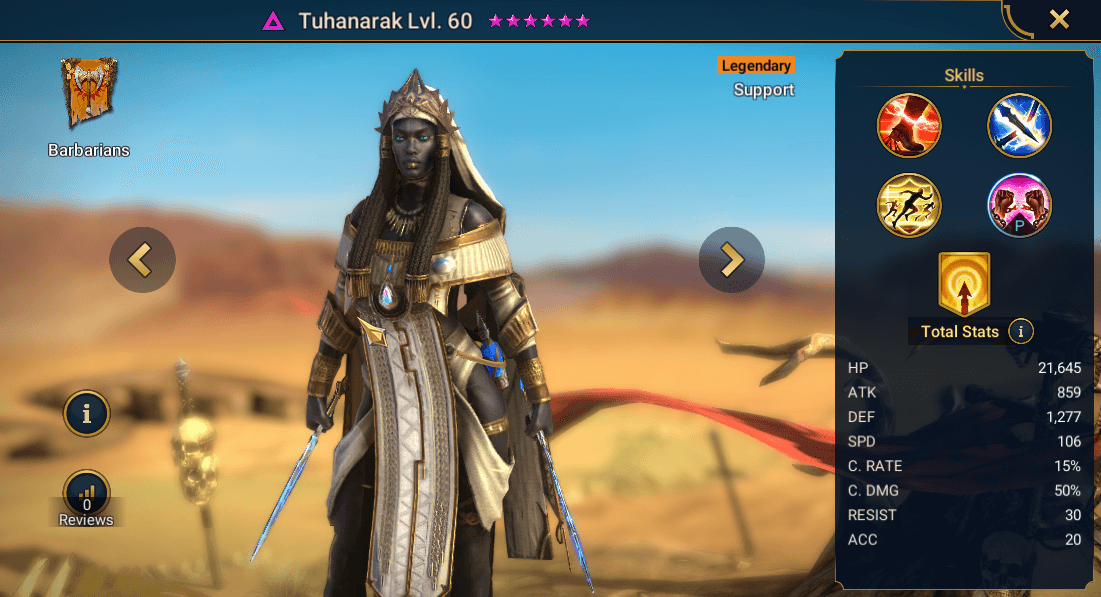 Tuhanarak is the latest Void Legendary that joins in patch 4.4. On paper, Tuhanarak reads like a glorified Golden Doompriest in that she has a passive that cleanses a debuff. Unfortunately, you trade the 7.5% heal for continuous heals that only applies to 1 other champion on the A1

Her a2 mechanic is interesting in that it applies a debuff spread effect on 2 random debuffs. Essentially, if the enemy has no debuffs then this skill becomes an AoE Decrease Attack and Block Buffs debuff however if there are debuff present then you are playing with the RNG gods on which debuffs actually transfer to other enemies.

Her a3 provides an Increase Defence and Increase Speed buff to all allies which is very strong but nothing more than some epics or other fusion legendary champions can do.

A strong champion but not truly on par with other void legendaries!

Removes 1 random debuff from all allies at the start of each turn.
Removes 2 random debuffs instead from allies under [Continuous Heal]

Increases Ally ACC in all battles by 70.