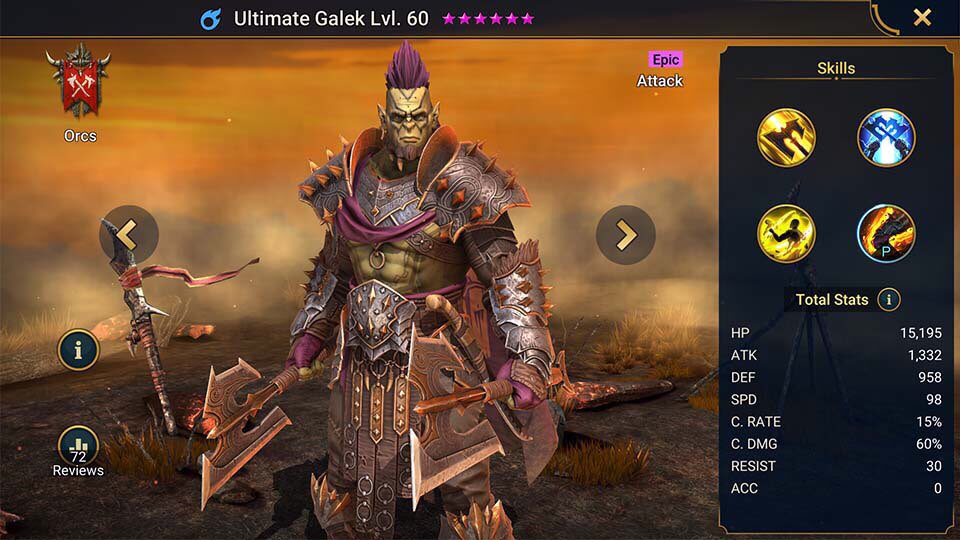 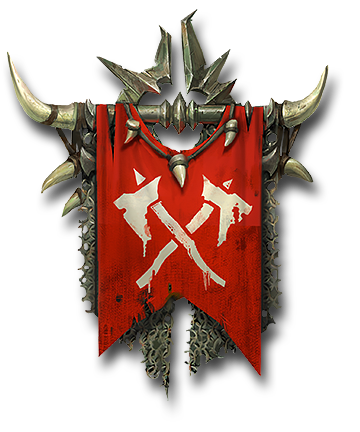 Ultimate Galek is a Magic affinity Orc introduced into Raid: Shadow Legends when they partnered with Amazon Prime to bring some great rewards to the community. Ultimate Galek was the final reward and gave a lot of players a new hope to beat Spider 20! Ultimate Galek has an AOE HP Burn on his A3 which will activate provided he has an Increase Atk buff. On Auto this will not activate unless you click the spider or unless you bring another champion to Buff him before he has his turn. Once you can rectify that he is known as one of the best ways to beat the end game spider Dungeon from stages 17-20. AOE HP Burn is one of the strongest damage moves to the spider as when any spiderling moves it will burn the main spider queen.

Ultimate Galek is also very strong in the Orc Faction War team due to his ability to reduce turn meter and in the Ice Golem and Fire Knight dungeons. Overall a really strong Epic!

Attacks 1 enemy. Has a 50% chance of placing a HP Burn debuff on the target for 2 turns if this champion is under an Increase ATK buff. Decreases the target’s Turn Meter by 25% and places a 50% Increase ATK buff on this champion for 2 turns if this attack is critical. Decreases the target’s Turn Meter by 10% if this attack is not critical.
Level 2: Damage +5%
Level 3: Damage +10%
Level 4: Damage +10%
Level 5: Cooldown -1

Brush It Off (Passive) - 4 Turn Cooldown