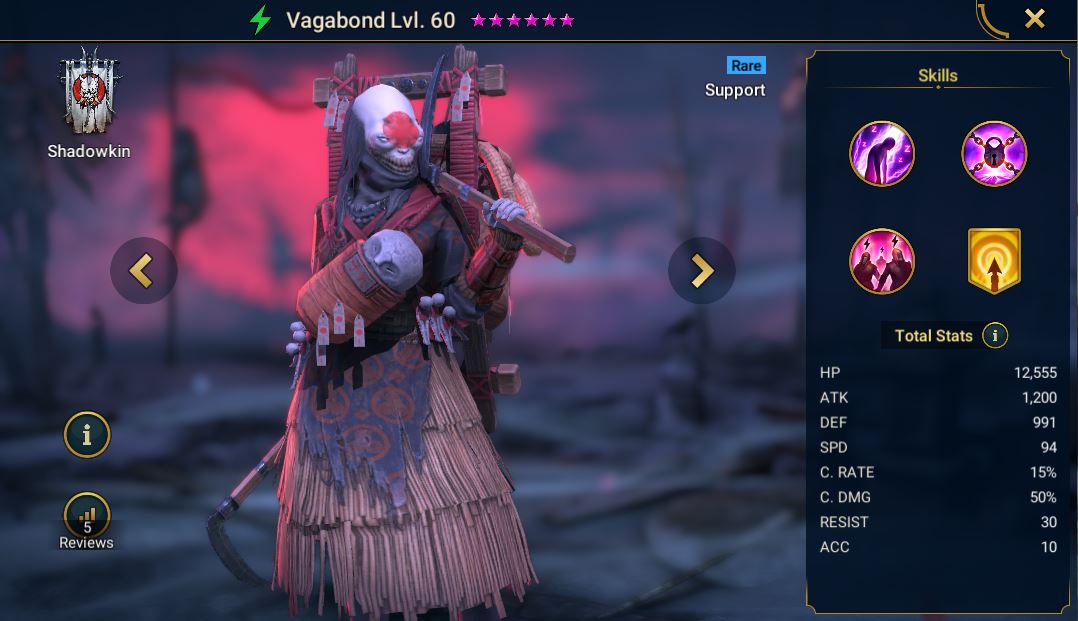 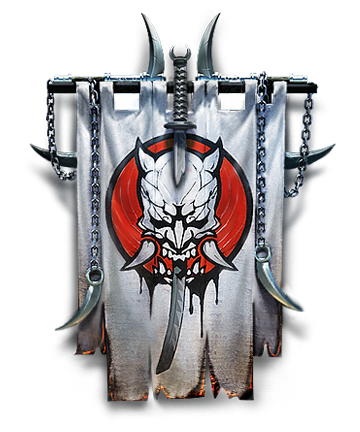 Vagabond is a spirit support champion introduced in patch 4.2 and joins the newest faction, the Shadowkin in Raid Shadow Legends. He brings Turn Meter boost and Increase Attack Buff on his a3 which may prove useful when a Faction Wars region is released for Shadowkin. Currently, he is best used in early to mid game but you will find other champions (such as Arbiter, Gorgorab, Apothecary) will quickly replace him as you progress through the game.

*This guide is provisional and will updated when play tested*