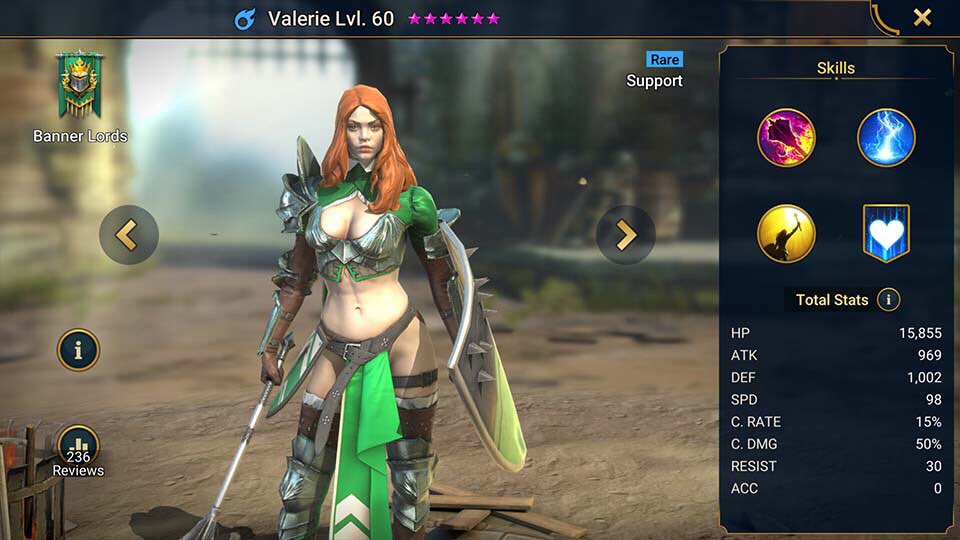 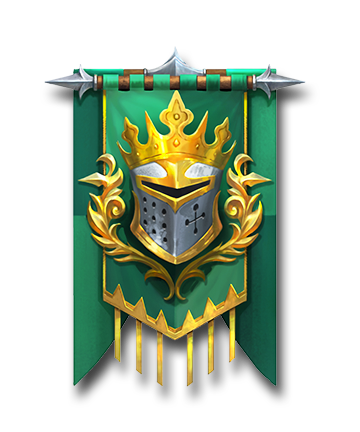 Valerie is a Magic affinity champion from the Banner Lords faction. She has a really interesting kit for a rare and has been used for some high end teams in Clan Boss, mainly due to her A2 ability which increases the duration of buffs on all allies and increase atk buff.
Aside from this her shield ability will see some use against Borgoth the Scarab King in Doom Tower and may help people advance further.

Valerie is a farmable champion in Stage 1 of campaign: Kaerok Castle and also forms part of the legendary Rhazin Scarhide fusion as a part of the epic Erinyes.
DO NOT FEED HER!