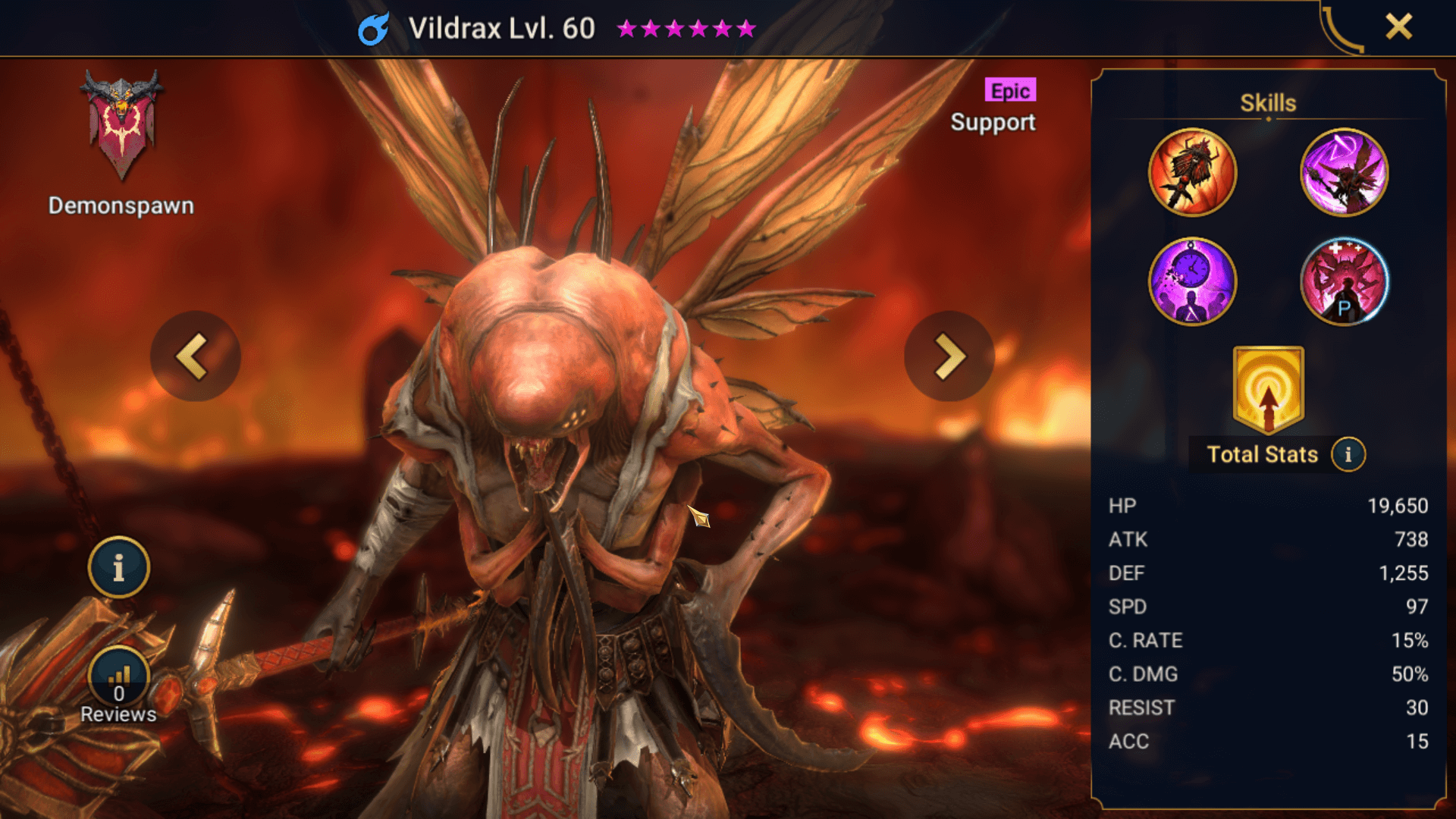 Teleria is buzzing with the news that Vildrax has left the confines of his nest to wreck havoc on the Gaellean and Telerians. He will ally himself with players who complete the November 2021 Fragment Fusion Event.

Vildrax specialises in messing with your enemies abilities, he has a unique passive where he will have a chance to steal any heal placed on the enemy team. This does require enemies to be under Hex debuff and we are now seeing this debuff become available rather than only Thea the Tomb Angel on her release. Additionally, his A3 brings a powerful Debuff Extension on an AoE ability allowing you to maintain debuffs for 1 extra turn. If targets are under Hex this will also have a chance to put a random skill on cooldown.

Thankfully he also brings his own Hex ability on A2 which ideally will be book to 100%. He looks to be a stun set style champion with two AOEs as he does v little damage himself and mainly used to set up another Hex high damage champion!

Attacks all enemies. Has an 80% chance of increasing the duration of all enemy debuffs by 1 turn.

Has a 10% chance of stealing the heal each time an enemy under a [Hex] debuff is about to be healed.

Increases Ally ACC in all Battles by 40

Expected Standard PvE
Stun Set
Offense
Defense
Support
Offense
Defense
<img title="Delay Death - Reduces the damage this Champion receives from a specific enemy by 0.75% with each hit taken from that enemy. Damage reduction stacks up to 6% for each enemy" alt="delay-death" class="