When it comes to gearing heroes in Eternal Evolution, it’s important to put your knowledge from other games aside and be sure to figure out what works best for this game in particular. When it comes to damage dealers, like the Assassin class, it may seem obvious for stats. However, you don’t necessarily need, for example, as much C.RATE as you may think. Some of the heroes have built in boosts to C. RATE and overall 100% isn’t the target in general. Assassins are damage dealers, simply put, and you’ll want to focus the following:

When it comes to overall stat goals, let’s talk about the more “end game” goals so you know what to strive toward. This is considering you’ve Evolved them to Immortal 0. Your goals for all of these assassins will be as follows.

You can see your total stats by clicking on a Hero then clicking on the stats under the Info tab. Do not use the Equipment tab “Stats” list for this reference as that only shows equipment bonuses, not overall for your character + other factors. 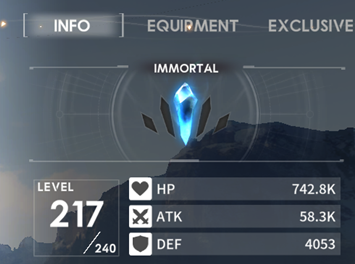 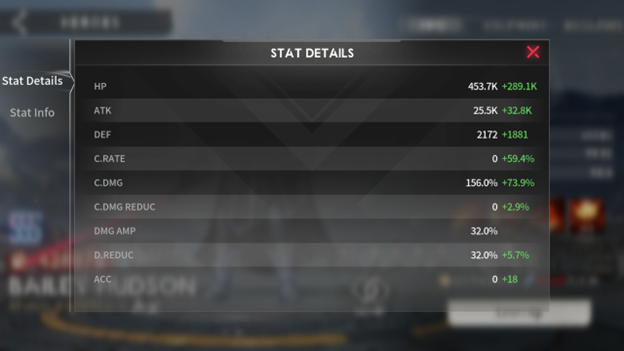 Which Assassins to use?

Now, who should you use?! There are only a few Assassins in the game now, but let’s discuss them!

Bailey is the #1 Most Wanted for most players and has been since the beginning. He dominates the arena with his unique kit. He hits for massive damage, has an immortal “buff” and targets the backline for attacks first. His kit includes boosting of C.RATE and C.DMG built in, making for even more potent attacks. The best ways to currently counteract Bailey in the arena is another Bailey or to use Skooer & Hatty (“The Twins”) as bait. Arena aside, he also performs well in every area of the game, PvE wise, and can be a huge carry if you get him early on. An absolute must-grab for every account!

He’s often seen as a little bit of a “budget Bailey” and can also be utilized well in both Arena and PvE. He doesn’t perform as well, damage wise, but he does have a unique kit overall. He summons a “shadow” and can swap positions with the shadow. His Exclusive is also very strong, increasing his attack in multiple ways, though you don’t want to prioritize non-SSS for the EX red materials to max it.

He has a really fun kit, burrowing underground and popping up in front of enemies. It’s fun to watch and can do decent damage as he targets the enemy with the lowest DEF and cannot be targeted while moving. Though not top tier overall, Rakkana will slot in okay if you’re lacking the other two heroes for this class and can do decent Melee damage.