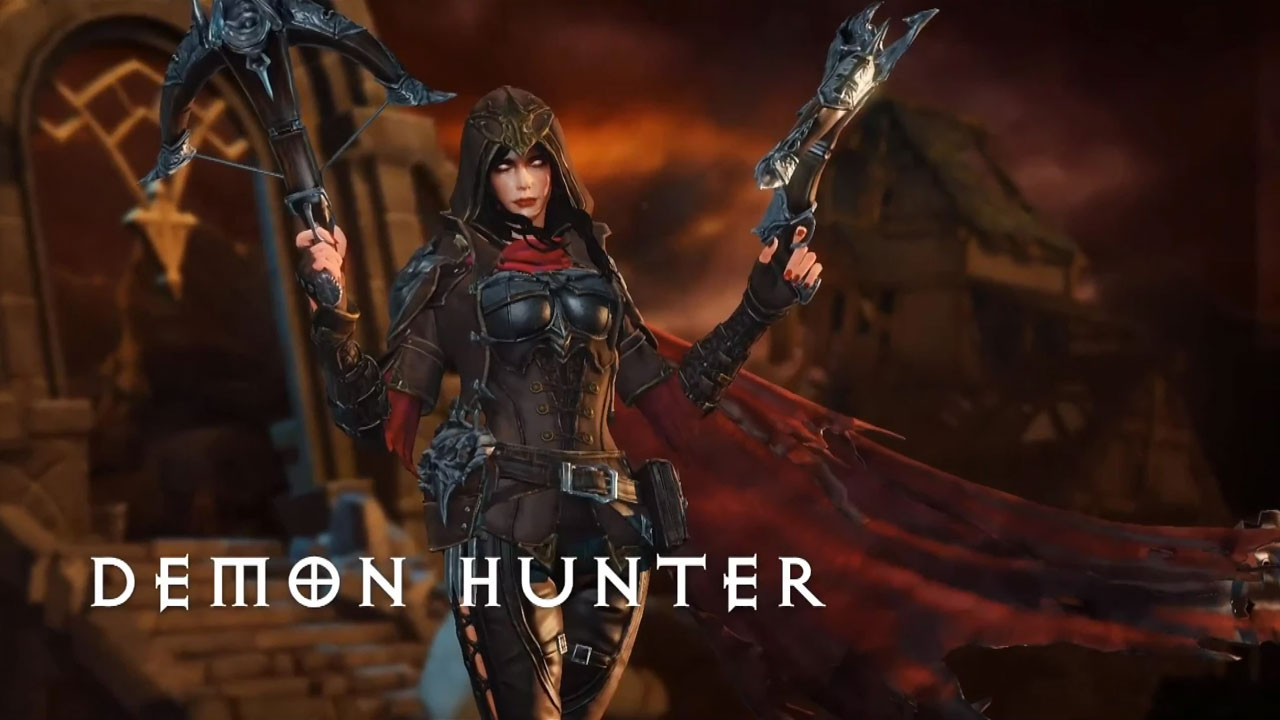 You’ve made the decision to play Demon Hunter in Diablo Immortal, that’s the hardest part out the way – things will get easier from here.

Renowned Diablo 3 Class Demon Hunter has once again entered the battle in Diablo Immortal with a devastating array of ranged attacks! They are the highest single target damage dealer in the entire game, while also being able to move around while using their skills. Demon Hunters are a fantastic choice for Levelling, farming, and End-game content!

As mentioned above, Demon Hunters can move while using their auto-attack which can pierce through multiple enemies with the legendary off-hand crossbow, The Hungerer which is available in the Battle Pass. This allows them to consistently deal damage while ensuring they are in a safe location to not get hit by enemies. One of the bread-and-butter skills of all Demon Hunter builds is Multishot, which can also be fired while moving AND auto-attacking which makes you quite literally a walking death machine.

Certain legendary combinations allow you to rocket to the top of the pack with single target damage, by combining the abilities Vengeance and Rain of Vengeance with the Skystriker’s Pauldrons equipped.

Demon Hunters excel when it comes to PvE damage and are a huge asset to any group.

When it comes to PvP, Demon Hunters stay back and kill enemies from afar, hiding behind their allies and wiping out enemies.

Demon Hunters unfortunately do not have any way of controlling their enemies and because of such struggle to disengage from content in PvP and are very limited in their damage options in PvP to using Multishot, while this is phenomenal for damage you do have periods where it is not available which will leave you short of options.

Demon Hunters are also one of, if not the squishiest class in the game, you’ll have to have some lightning speed reactions to be able to manoeuvre yourself out of situations that could otherwise be fatal.

The only mobility that Demon Hunters have is Daring Swing, which cancels if it collides with any obstacles causing you to move nowhere.

Another weakness from Demon Hunters, is unfortunately they do not bring any buffs for their teammates, if it wasn’t for their unbeatable damage, they would likely not find themselves in as many groups!