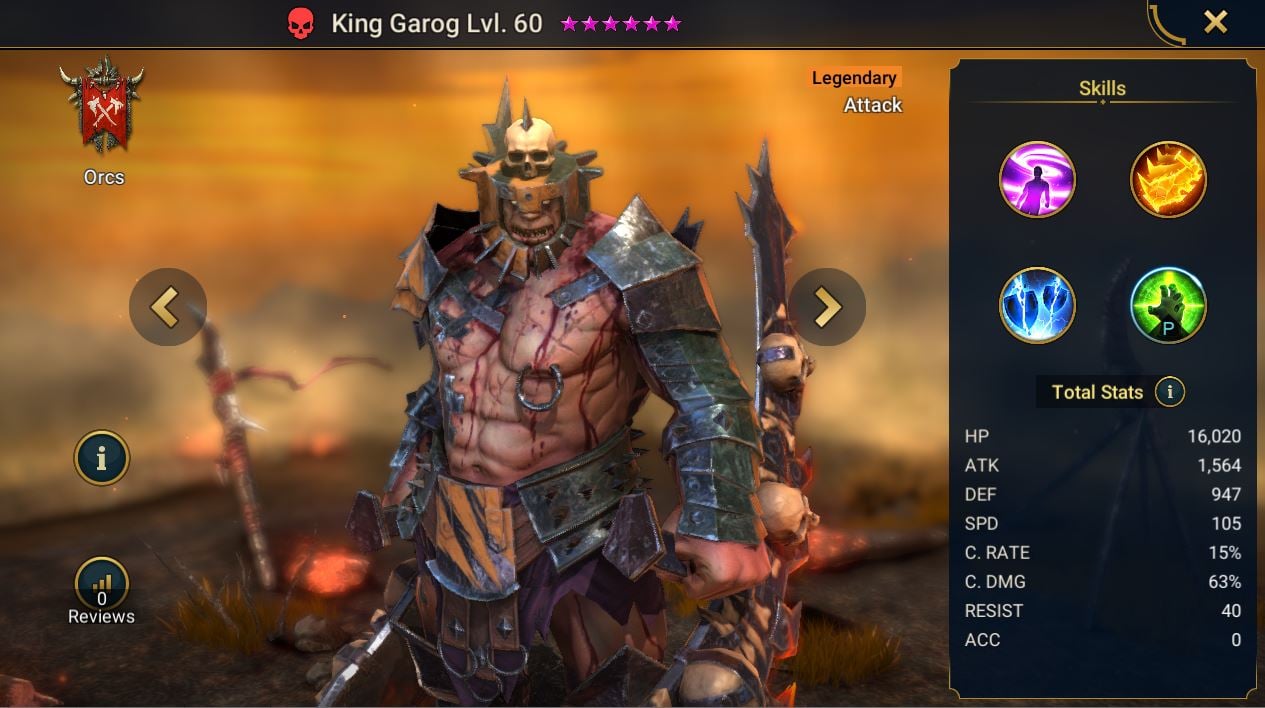 King Garog is a Force affinity legendary from the Orc faction. King Garog was released in Patch 3.20 in January 2021 in Raid Shadow Legends.

He is an out and out Nuker and brings nothing else but damage to the table which in itself is a bit limiting. His A3 Gore Maker acts as the big ticket nuke with an aoe that ignores 20% of each target’s defense and increased by a further 5% for each buff on the enemy. His A2 reduces the cooldown of the A3 and is designed to get you back to the nuke as fast as possible! His passive is difficult to pull off but in long drawn out battles, his damage will only continue to rise, although any extended battle is not normally a good sign.

He shipped with multipliers that didn’t really live up to his skill descriptions but as of Patch 4.70 his GoreMaker damage has been increased and now he will hit much harder. He is going to excel into high buff opponents.

Increases this Champion’s Speed by 6 and Crit Damage by 7% for each enemy this champions kills in a round.

Stacks up to +30 speed and +35% Crit Damage. Stacks will reset if this champion is killed.

Whenever an enemy Champion is revived, fills this Champion’s turn meter by 30% for each revived enemy, then places a 50% [Incease ATK] buff and 30% [Increase C.DMG] buff on this champion for 1 turn.