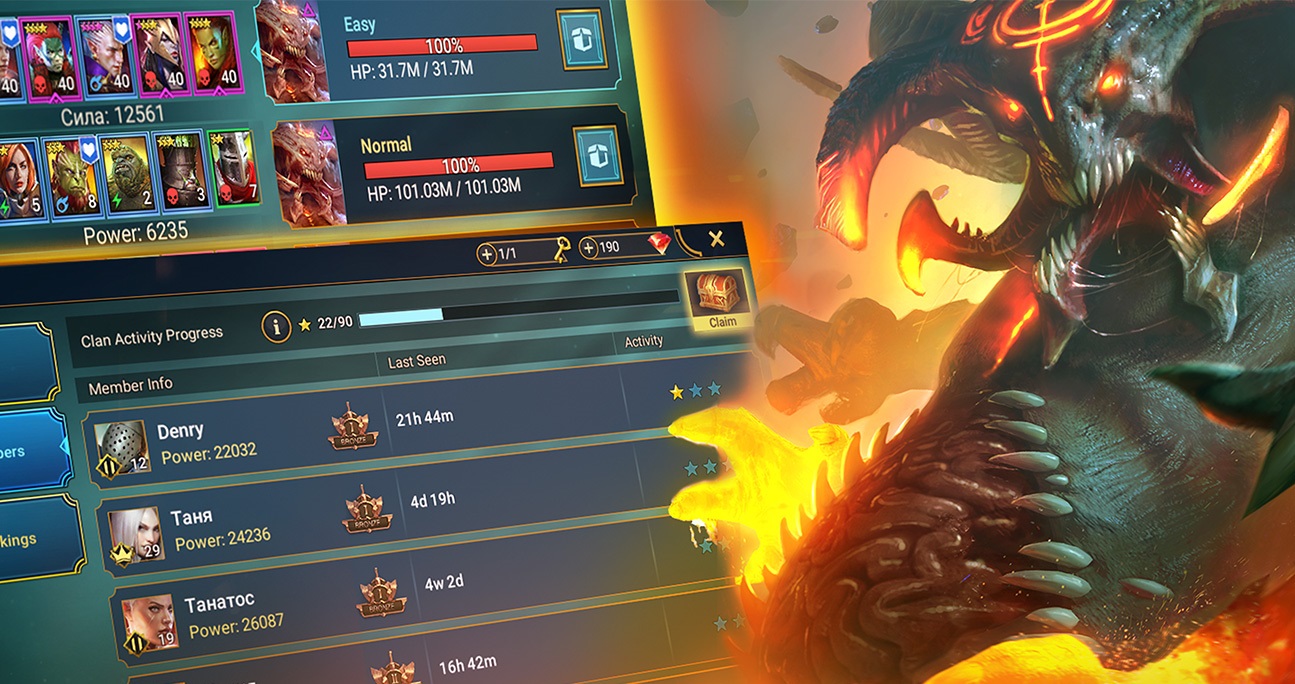 Raid: Shadow Legends has a daily clan event to defeat the Clan Boss. All clan members can use their keys which refill every 6 hours to fight the clan boss (you can purchase more keys for 100 gems however this is not recommended as best use of your gems). The Clan Boss scales in difficulty from Easy to Normal to Hard to Brutal to Nightmare and then finally Ultra Nightmare. Each upgrade in level increases the rewards you can receive but also the quality of the team you will have to utilise.

Below are the most important stats to understand when building your teams. If you do not exceed the required accuracy you will fail to land any debuffs such as poison, decrease attack and decrease defence which will dramatically reduce your damage output and the time you stay alive. If you do not have enough defence your team will die early and you will not maximise your damage potential.

A good early game tactic is to deploy your highest ranked champions as you will have a much stronger stat gain on a level 60 than a level 50. You should look to have the entire team in Life Steal gear ideally focusing on main stats on gloves with HP% or DEF%, chest with HP% or DEF% and boots with speed. 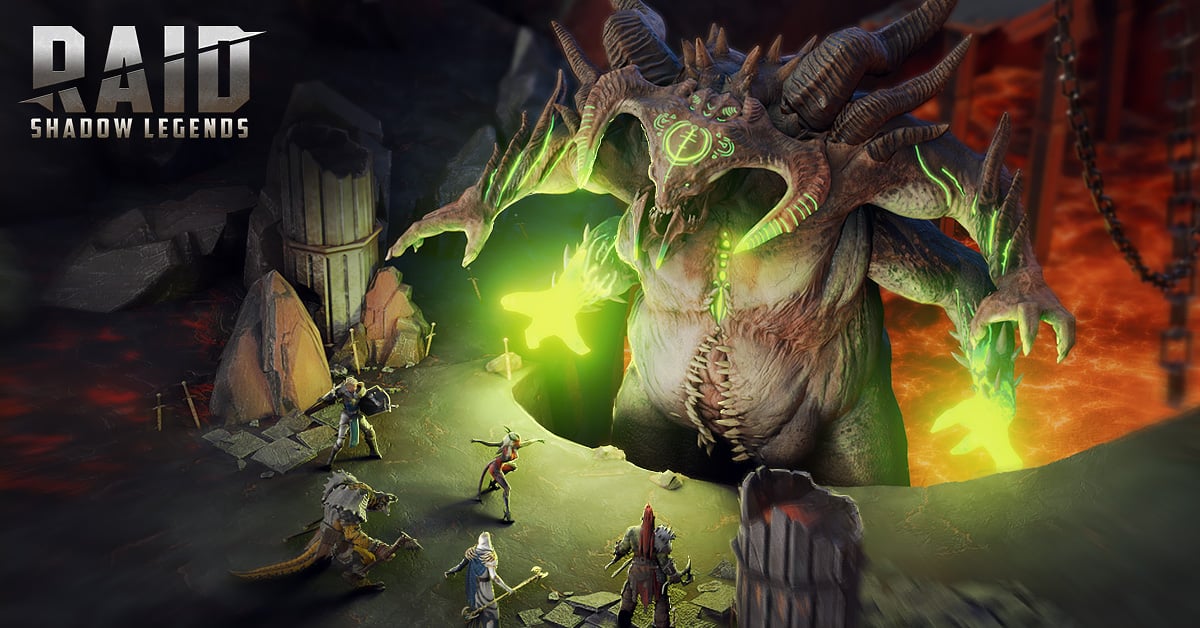 The Clan boss will begin on Void affinity which is largely seen as the easiest mode because your whole team will have a neutral affinity and therefore it is far easier to ensure you can control who is going to be attacked by the Clan Bosses abilities. When the Clan Boss losses 50% of its health it will switch to another affinity, either Force, Magic or Spirit and it will remain on that affinity until the server resets. The Clan Boss never truly dies but remains at 1% until reset.
Provided your team get the Clan Boss to this final state everyone who has attacked will get double chest rewards, therefore it is far more rewarding to defeat one level of Clan boss than to hit multiple levels.

The first ability is an attack all enemy ability which scales from the Clan Bosses Attack. On Void affinity it will hit your team for 1 hit, on all other affinities it hits for 4 hits and the Clan Boss applies increase Atk buff on itself.

Due to the first two AOE abilities scaling off the Clan Boss’s attack, placing a Decrease Attack Debuff on the Clan Boss before these land is the most important thing to do to help you stay alive for significantly longer.

Debuffs are extremely important to beat the Clan Boss in Raid: Shadow Legends. You can only have a maximum of 10 debuffs on the Clan Boss at any given time! These are the most important in order:

Poison
This will be a significant amount of your damage on the Clan Boss.

Weaken
This boosts the damage from all your hits including War master and Giant Slayer hits by 25%. Before Nightmare Clan Boss this raises your damage by more than Decrease Def.

Decrease Def
This boosts the damage from all your hits including War master and Giant Slayer. The higher the level of Clan Boss you fight, the more defence it has. This has significantly more effect from Nightmare Clanboss onwards.

HP Burn
This is the hardest hitting Debuff in the game for Clan Boss but it is limited to just 1 per target. This Debuffs scales by the rarity of your champion meaning a Rare HP burn hits for less than a Legendary HP Burn.

Buffs are another extremely important thing to consider for your team, often giving you the ability to do more damage over time. These are the most important

Counter Attack – This enables your team to get additional hits on the Clan Boss when it hits you!
Increase Speed or turn meter increase – Enables you to move faster and therefore hit more times. As you progress you may decide to remove this buff as you may start an end game strategy of speed tuning!
Increase Defence – You need to stack a lot of defence on your team to enable you to live as long as possible. Increase Def buff makes this even more effective!
Ally Protection – One of your team will take 50% of the damage directed at other weaker members of your team. It is recommended to have two people with this ability if used so that they can take it in turns to share the damage of the team. The person with this ability should have very high defence and higher HP.
Unkillable – This is currently the best endgame strategy to ensure maximum chest rewards. It requires certain champion combinations and exact speeds for your whole team to make it effective but can mean you would go 50 turns without dying.

Team Roles depending on available champions in order of importance

⦁ 99% of people will need to use Life Steal 4 piece set unless they have a champion with a consistent Leech Debuffs or another way to heal through the damage.
⦁ Accuracy 2-piece sets are good if you are not hitting the minimum accuracy requirement for the level of Clan Boss you are facing.
⦁ Speed sets are used more and more the further into the Clan Boss you get as your team evolves. This is generally when you have an alternative way to heal through the damage or if you are building unkillable teams.
⦁ Perception Set is great to give you speed and accuracy boosts.
⦁ Stalwart set is an end game gear set which is also fantastic for anyone who is using Ally Protection. If you use this set, you need alternative ways to heal that champion.

On YouTube I have a large selection of Clan Boss videos that can help you at all levels of the game! See a selection from my Clan Boss playlist and Account Takeover Playlist below!