Looking back on the 1st year – Letter From Phixion

Phew, we made it! This time last year we were pressing the go-live button on HellHades.com and we could never have imagined how much that was going to change our lives.

The original idea for HellHades.com came about back in May last year when I was a mod for HH when he first started streaming on Twitch. We were going to build a site to boost his brand exposure and possibly put some merch and things like that on it along the way. When we eventually got around to starting the build in September 2020 during the 2nd UK lockdown we decided that if we were going to build a site, it needed to be more than that, it needed to be a resource for the community to allow people to go further than just the information that we had on the youtube channel.

So we started…Hellhades, myself, and our developer (at the time) Jamie sat for hours mapping out what we wanted to do with the site, and Jamie and I got started on making the idea a reality.

During the build, we quickly realized that we had taken on a project that, to get finished before Christmas would be almost impossible as a 2-3 person job. We roped in Lady H, Tacco, Neva, UmbralDarkness, and Rose to help us make it happen and without their support early on there is no way that we would have been able to launch as we did.

After putting in 16+ hours a day building out champion pages, building the original tier list, member functions, and our Christmas advent calendar we were ready to go live on December 1st!

I will say that if you ever work with HellHades and you tell him that “let’s put the website live with the advent calendar and we will slowly let the traffic adjust so we can make sure the live server is stable”…you will quickly understand that he will take that as “So I should put a video out that basically says FREE STUFF!?” – So the soft-launch basically consisted of you guys crashing the site every 10mins  for the 1st 3 days until we had upgraded it enough to actually handle the strain! 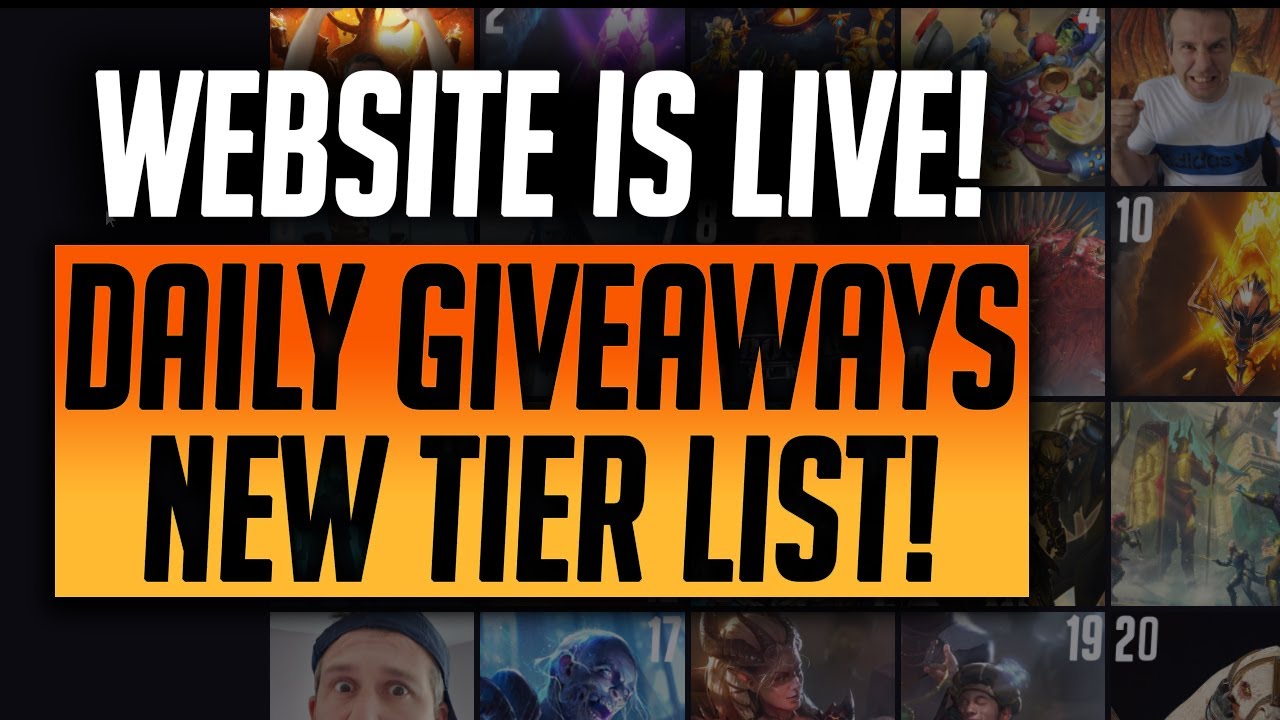 During this time we were introduced to DaTeach, who had been working on his version of the optimiser but was at a point where he was planning to drop the project as it wasn’t getting any traction and after seeing how much work he had already put in without any reward HH and I approached him about us helping him to improve the user experience and build out the tool into something that could be mass adopted across the raid community. DaTeach came on board with us as a partner on the site and together we built what you guys now know as the Raid Optimiser.

Shortly after the optimiser went live the website exploded to levels that we just could not believe and it has continued to grow every month since allowing us to employ a full-time team of people dedicated to creating content and tools to help you get the most out of your time playing the game.

Many of you from the twitch community will know that I personally suffered a major loss in June this year as my girlfriend passed away leaving me a single father of 2 children, having the support of this community, my colleagues at HH Gaming, and my dream job to focus on allowed me to get through one of the hardest times of anyone’s life, and although it will still take time to really heal, it is because of our community and users that I am able to keep doing what I do every day.

If you take anything out of reading this post then let it be that if you are willing to put in the work and surround yourself with good people then anything is possible, and we are living proof of that today.

I want to say a very special thank you to some members of the team:

Jamie, DaTeach, Lady H, Neva, Lockers, Tacco, Ubral and Rose for helping us through those early stages because without you the site would never have launched as it did.

Georgina for stepping in for a few months to help us with some of the tricky development on the site, you Rock!

Saphyrra, I have no idea how we managed without you being a part of the team so please don’t go anywhere and keep doing what you do!

Lockers and Neva for being the face of content and social media on the HH Gaming sites, you guys work your asses off every single day!

Our amazing Takeover Team: Sophia, Rust, Ron, Neva, ColdBrew, Elvo, and most recently SkratchAK47 I don’t think enough people understand the magic that you are able to produce on these takeovers and coaching every day!

Wolfie, DaTeach and Saphyrra for the technical skill you apply to the optimiser and tolerance you have for working with mine and HellHades’s weird and wonderful requests are way beyond anything we could ever ask of you!

Lady H for continuing to put up with me and HH coming up with crazy ideas!

HellHades…You made all of this possible and continue to be the most hard-working, positive, and motivational person I have ever had the pleasure to work with.

And finally, YOU – The community reading this post. You are the reason we push to be the best we can be and create the kind of content we do to repay you however we can for your support! The Raid Shadow Legends community is like nothing I have seen before in any game. You should all be proud to be members of this community because together you make it what it is.

So…..Enough of the sappy stuff! I will get back to the basement and start working on 2022 for HH Gaming because I promise you now if you thought 2021 was big, WE ARE JUST GETTING STARTED!