Who should I pick for my next level 60 champion?

“Help, Who should I 6* next in Raid: Shadow Legends”

Who should I 6 star next in Raid Shadow legends? This is by far the most common question that any content creator gets asked when playing Raid, and it is also one of the hardest ones to answer constructively.

To work out who you should level up next you need to have an understanding of your positioning in the game and what your goals are.

Without having an understanding or background into your account you should not trust any advice that tells you to 6* one champion without knowing how it will synergise with your account and your individual progress.

There are exceptions of course if you are sitting on a Valkyrie or a Draco and you want to know if you should 6* them over Woad Painted then chances are no matter where you are in the game they will be the clear winner.

So, to work out who you should 6* next in raid shadow legends, let’s have a look at your account and work out who is the best choice.

Do you already have a 6-star champion or are you looking for advice on who to 6* first?

Your first 6* champion should always be your campaign farmer because this champion will allow you to farm more 6* champions efficiently.

In most scenarios, this will be your starter champion unless you have had insane luck with shards. We have created some useful tools on the site with information about who make great campaign farmers and how to build them here.

After getting your first level 60 champion in raid shadow legends you should start to assemble a clan boss team.

Your clan boss team as it grows should also be able to become your first dragon 20 team.

So, who should you pick for your 2nd 6* Champion?

Again, look at your account and look at what you already have on offer. You want to aim for the most important roles to be filled.

Important buffs/debuffs to bring to your team to help progression:

Attack Down, Poison, Defence Down, Defence Up, Speed boost, Shields and Counter Attack.

Although the obvious choice may be to 6* a champion that brings one of those Debuffs or buffs, it may not always be that simple.

Support champions for example can often do their role at even 50 as long as you build them with enough defence to stay alive and accuracy to land their abilities. 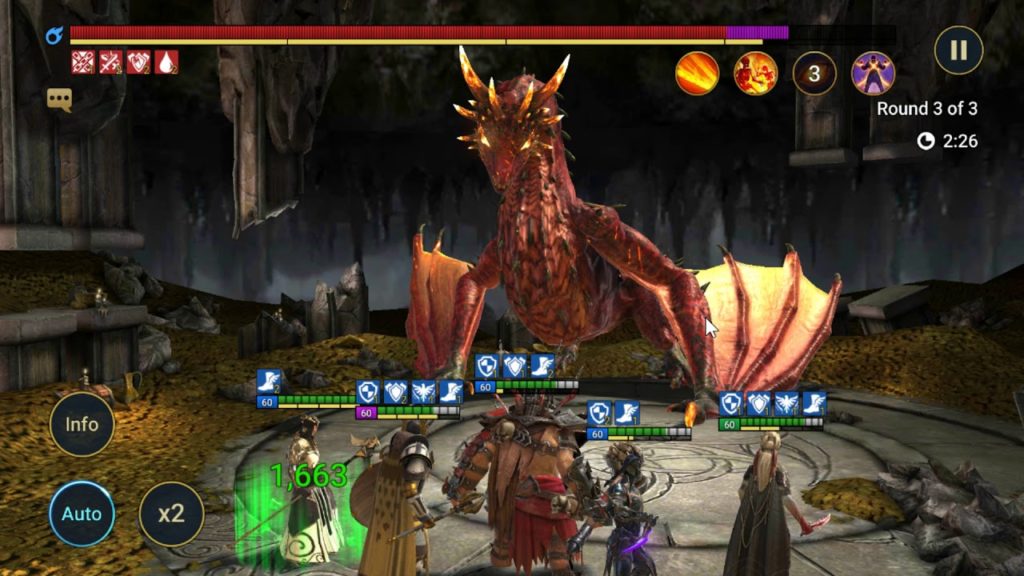 So, for your second champion, you might want to look at at a champion that not only brings value to your clan boss team but also brings a benefit to other areas of the game such as arena and dungeons.

A great option for this would be an AOE defence down champion. Warmaiden is a great free to play choice for this role or even better, if you have been lucky enough to pull a Tayrel who not only brings AOE defence down, he also brings decreased attack on his A1 ability making him idea for clan boss, dungeons and even arena.

From there you want to start filling out your roster until you complete your clan boss team. Once you have a team of champions that are able to fill these required roles in clan boss the same team should be able to get you through stage 20 in the dragon.

After Dragon 20 you should look at building a Spider 20 team.

So looking at your account when your goal is to clear spider 20 you need to ask yourself what you are missing?

Do you have an AOE HP Burn champion? Do you have somebody like a Miscreated Monster who will provide massive survivability to your team? Do you have a champion who’s attack is based on enemy HP such as Coldheart or Armiger?

If not maybe it is time to start filling your roster with champions like this at level 60. 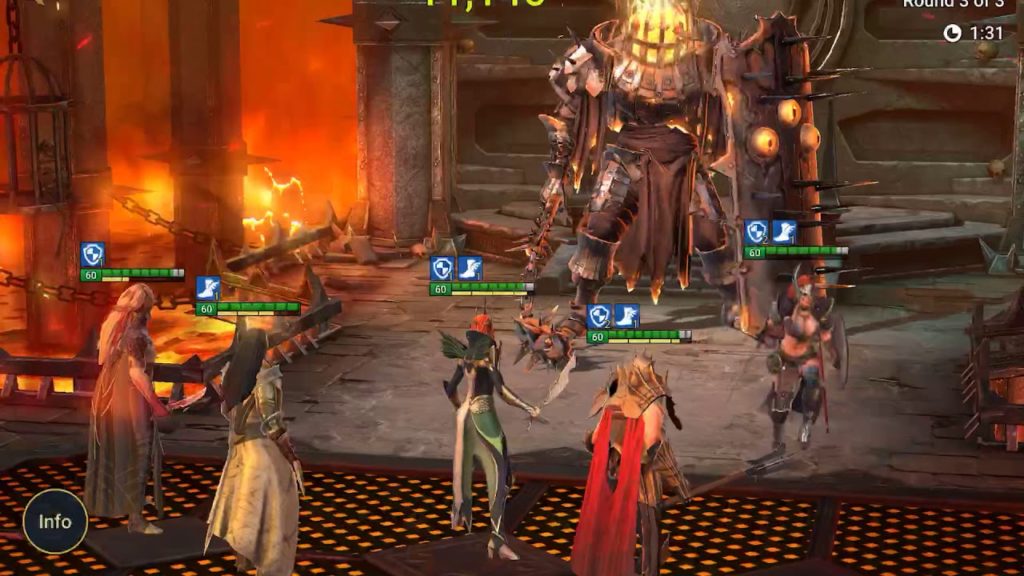 After you are able to clear spider you should look to Fire Knight. For this, you will want champions that multi-hit on their A1 to help you get through the Fire Knight’s shield and champions that bring a lot of turn meter control to your team.

Once you have got your account into a place where you are able to successfully clear all the dungeons in the game you can start filling out your roster.

A great way at this point to decide who to bring up to level 60 next would be to look at your faction wars teams. Look what your weakest faction is and start to develop it. Build out champions that will start to fill specific roles that you are lacking in your team or improve your dungeon speed clears.

As you can see simply asking “who should I 6* next” is almost impossible to give an answer to without having background knowledge of who you already have in your roster and what stage you are in the game.

There is no one correct answer in raid shadow legends, only what will give you the most benefit at that point in the game.

The main thing to remember is that the more level 60 champions that you have in the game, the more options you will have and the more creative you will be able to get with your team setups.

So the simple answer for what you should do once you pick who take up to level 60 is to get another level 60!

We hope that this helped you be able to look at your account and decide who you should take up to level 60 next.

If you have any tips for how you decide to 60 next let us know in the comments.