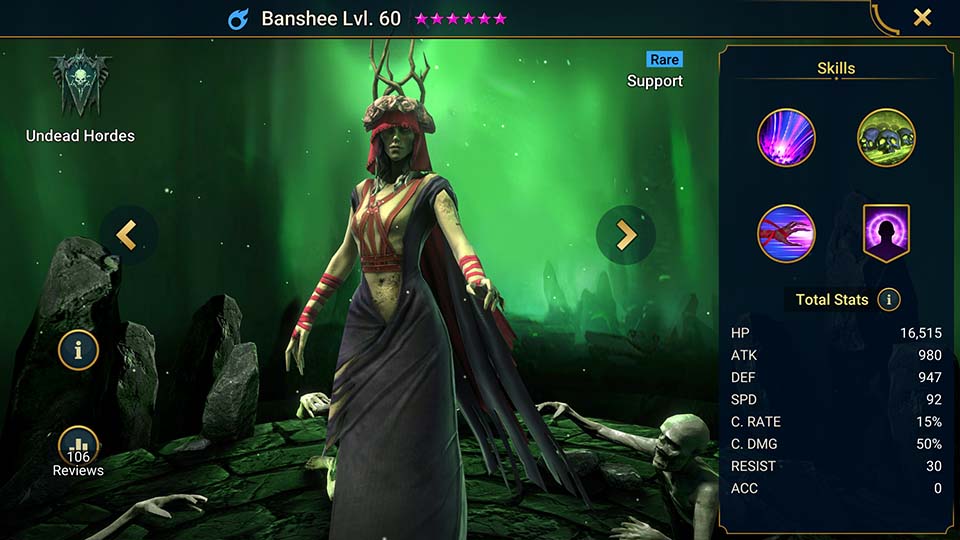 Banshee is a Magic affinity rare from the Undead Hordes faction. Banshee has all AOE abilities making her a good candidate for a stun or daze set adding more control to your teams. Stun sets are a far better form of CC than Daze, as enemies asleep (dazed) can be awoken through damage.
All of Banshee’s skills are great for Undead Faction Wars allowing a weak decrease defence and a chance to remove opponents buffs.
Outside of Faction Wars Banshee is pretty good early game into mid-game, but has less utility after that.

Make sure when building Banshee that you have enough accuracy to land her debuffs and a good amount of speed and HP%.

Increases Ally RESIST in the Arena by 52%.