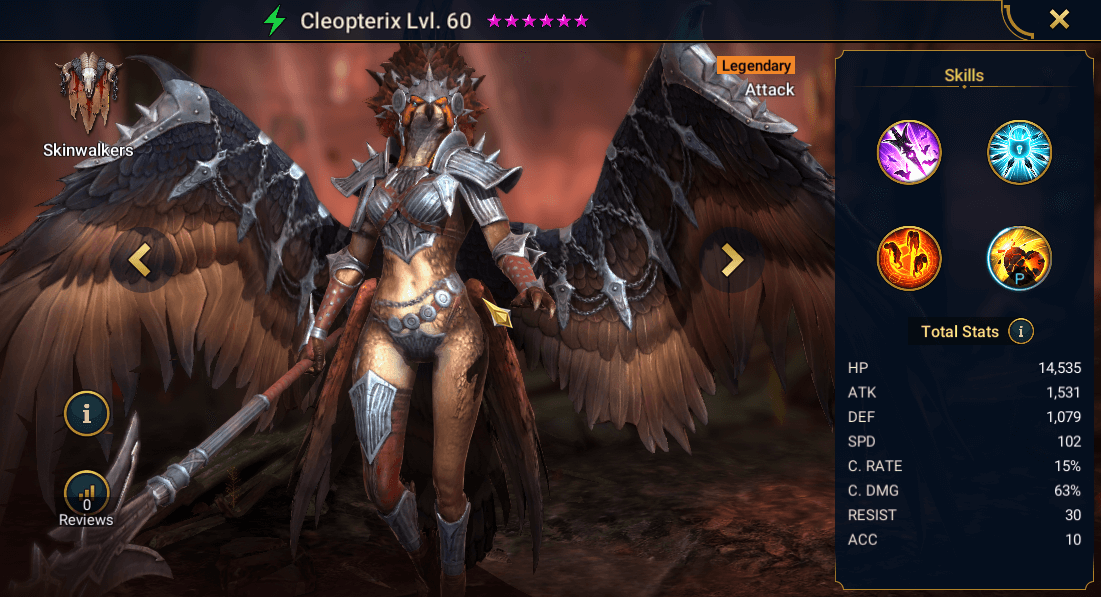 Cleopterix is a much-needed addition to the Skinwalkers Faction as Legendary champion. On paper, Cleopterix looks incredibly strong bringing 2 regular AoE’s, a Block Active Skill debuff on an AoE and the ability to apply Hex to all champions enabling hard-hitting champions such as Ruel the Huntmaster and Thea the Tomb Angel. She launched with Strong AoE abilities but not enough to truly challenge a place as your Nuker and was relegated to being a Hex debuff bot for the more powerful nukers. In Patch 5.30, Cleopterix received a flat boost of damage in her A2 and A3 and the A2 will now provide an Increase C.DMG buff. These changes move her into some of the strongest nukers in the game!

Additionally, her passive is unique in which it enables a counter-attack regularly when losing hp or if 2 or more allies are dead (the A1 can apply Weaken and a Perfect Veil on Cleopterix if the attack kills someone).

Counterattacks with the default skill every time this champion loses 30% HP or more in a single turn. Always counterattacks when attacked if 2 or more allies are dead.