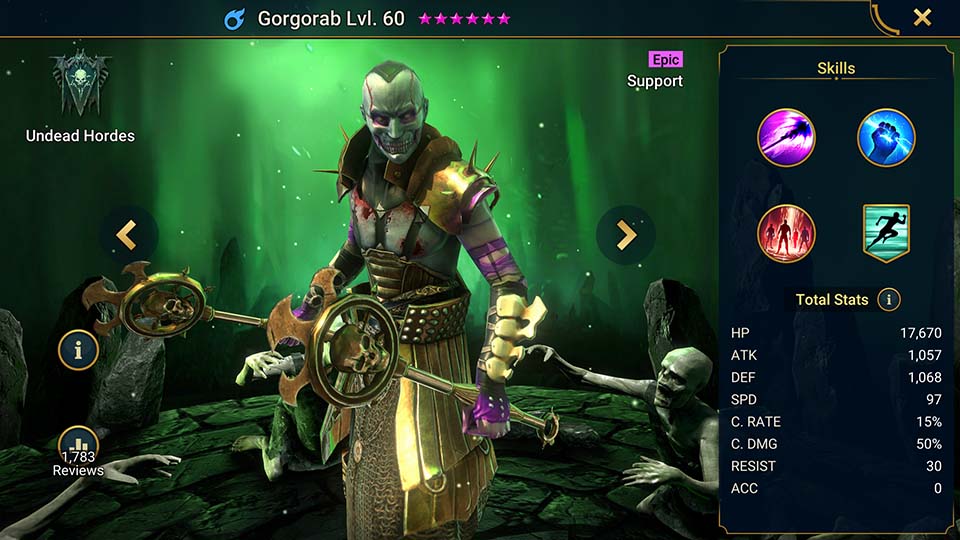 Gorarab once a pupil of the great Arbiter learnt in her stead, able to perfect the art of resurrection, healing and team empowerment. When he fell in battle Arbiter decided not to revive him in fear of the pupil becoming more powerful than the master. Gorgorab joined the Undead Hordes looking to find a way for revenge.

Gorgorab is a Magic affinity epic from the Undead Hordes faction. He is a fantastic mid-game champion able to carry your team through most content.
Gorgorab’s strongest areas of the game are Arena where he brings a speed aura, turn meter boost and Increase Atk buff, and Faction War where he can revive fallen allies ensuring 3 stars for completed levels. I would only invest books if using in dungeon or FW content. No books required for Arena.

Gorgorab is a great all-rounder and can be played at level 50 with good speed and defensive stats.

Increases Ally SPD in the Arena by 23%