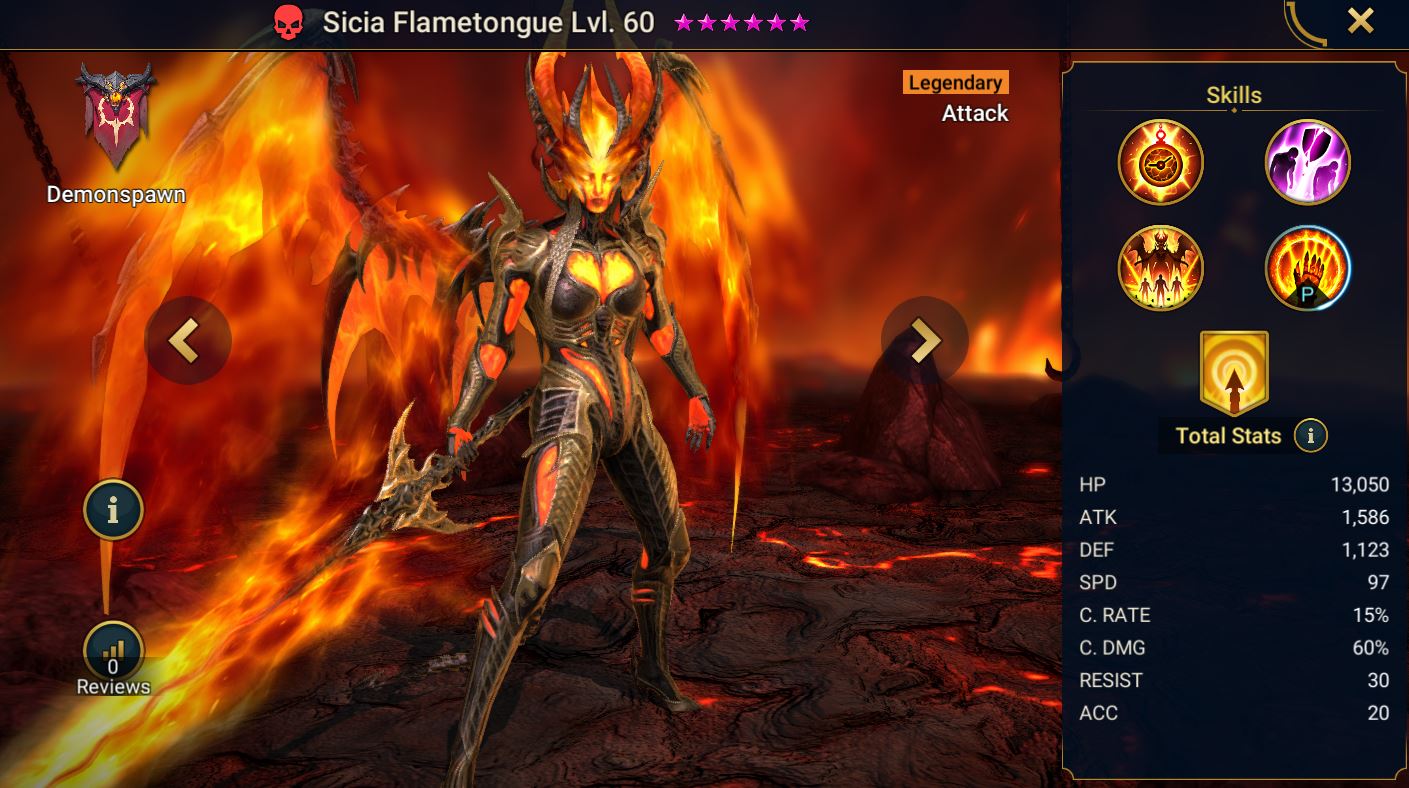 Sicia Flametongue is a Force affinity legendary from the Demonspawn Faction. Sicia was introduced into Raid during the Valentines day patch 3.30 alongside the fusion champion Astralon.

Sicia has a unique ability to deal HP burn damage instantly similar to champions who can cause poison to deal instant damage. Her A3 can force each enemy to take a burn tick from all enemies making her damage output great for affinity friendly encounters. This makes her one of the best options to speed run Spider 21-25 especially 25 where she no longer suffers the same affinity issues at 20.

Sicia also brings a valuable ACC in all battles aura so will also be able to help in Doom Tower and Faction Wars. Lots of damage and burning enemies!

Increases this champion’s SPD by 3 and damage inflicted by 3% for each ally and enemy under a (HP Burn) debuff. If Cardiel is on the team, all allies will heal by 3% of their MAX HP from (HP Burn) debuffs instead of receiving damage and losing HP.

Increases Ally ACC in all Battles by 60