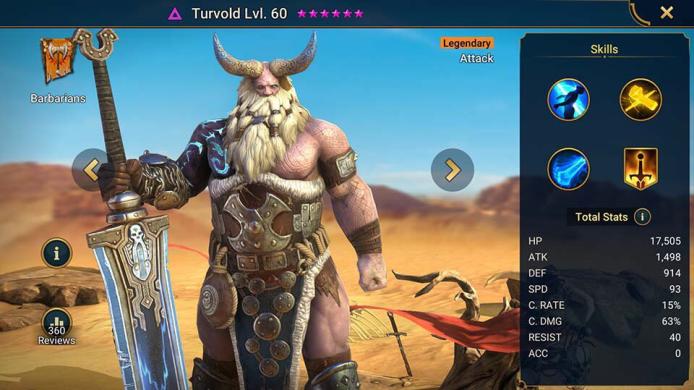 Turvold is a Void affinity legendary from the Barbarian faction. Turvold is one of the hardest hitting champions in the game but requires a lot of buffs to unlock that damage! Turvold is best placed in Clan Boss in a team purpose built to max him explode damage all over the Clan Boss. I have seen Turvold hit for over 400k per hit in some builds!

Aside from this niche comps, Turvold can do some good single target damage through dungeons but starts to fall off after stage 16 where he becomes difficult to keep alive. This is similar in Faction Wars but if paired with Scyl she can keep him alive or revive if he dies.