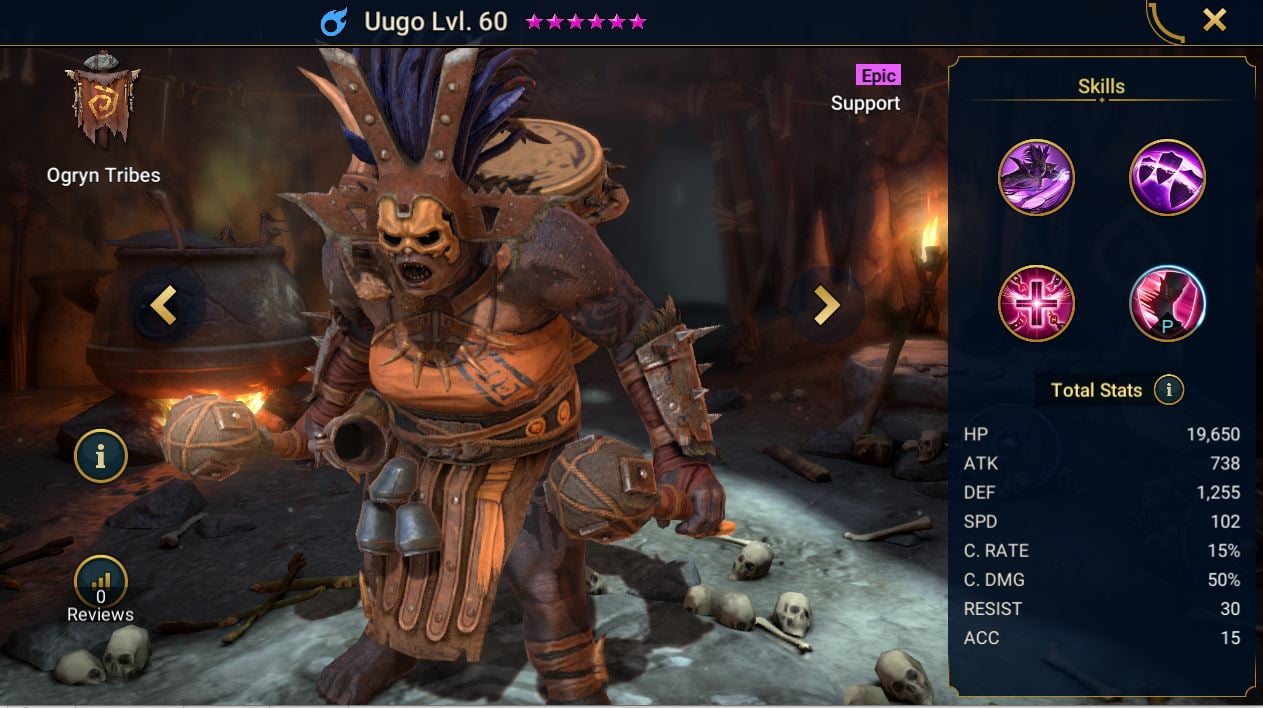 Uugo is one of the BEST epics in the game and a proud part of Team Ogryn.

Uugo is one of the most valuable Champions in the game when it comes to Hydra Clan boss and as such, many people have 3 Uugo’s at level 60 for this sole purpose, but Uugo can find a home in nearly every other area of the game with a very diverse set of debuffs.

Uugo bring’s [Leech] as an A1 ability to aid your team’s survival, which paired with the Cleanse and Heal on the A3 will just help to keep your team alive, this A3 also doubles as a team revive if Uugo is the last one standing, so be sure to build your Uugo nice and tanky!

The core element of Uugo’s kit, however, is the A2 which places 60% [Decrease DEF] and [Block Buffs] on all enemies, which are two incredibly important debuffs for nearly all content.

Places a 30% [Increase SPD] buff and a [Block Damage] buff on this Champion for 1 turn whenever this Champion’s last living ally is killed.

We recommend you use these blessings for Uugo.
Team Blessings should be limited to 1 per team. For more information, please read our Team Blessings guide here.