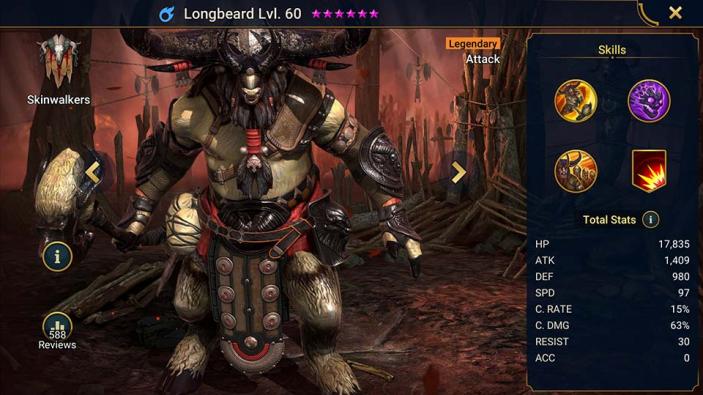 Longbeard is a Magic affinity legendary from the Skinwalker faction. Longbeard is one of the few champions in Raid: Shadow Legends with an Ally attack ability, one of the strongest abilities in the game! When someone joins Longbeard for an ally attack they will always use their A1 abilities therefore in Arena battles he is especially strong if paired with people with AOE abilities on their A1’s. Longbeard also brings a strong debuff in Weaken making him very relevant in Clan Boss adding both Weaken and additional team attacks.

I rate Longbeard highest in Arena however he is strong anywhere in the game!

Attacks 1 enemy with 4 allies. Increases the damage inflicted by allies by 20%.
Level 2: Cooldown -1