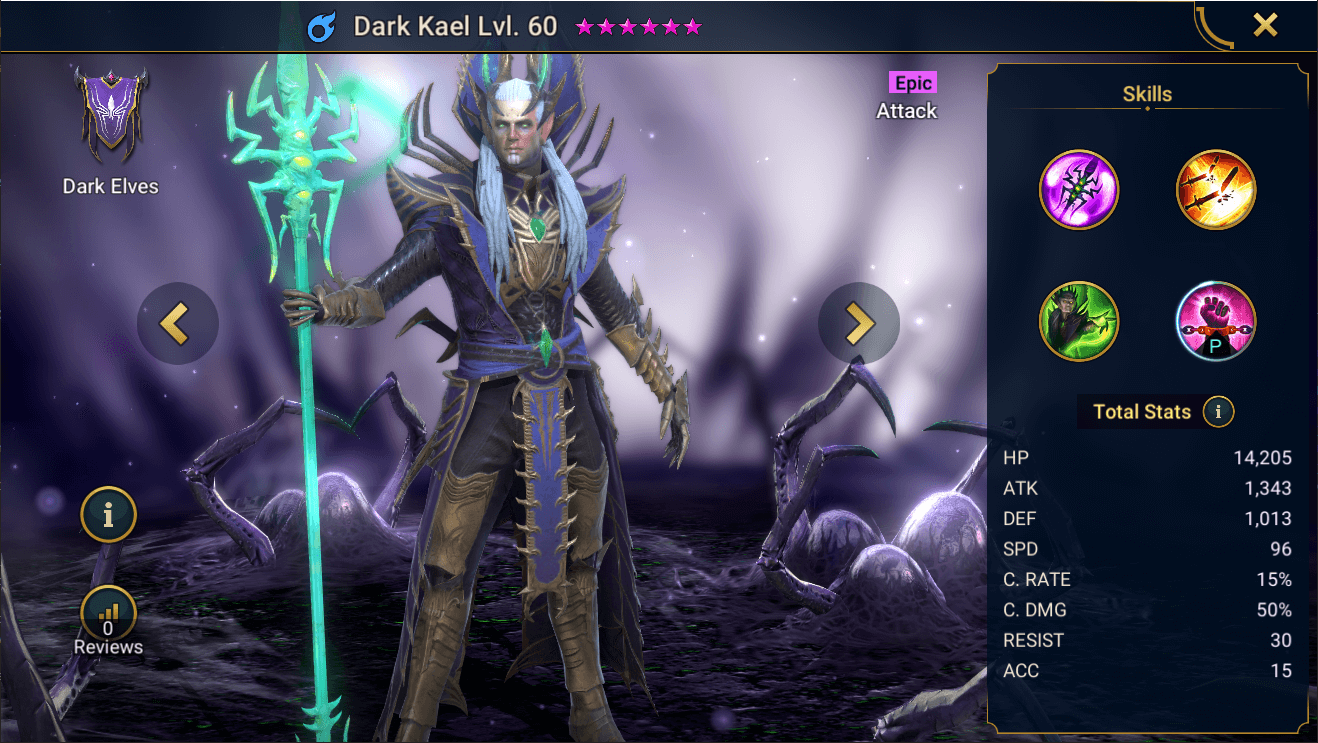 For a long time, Dark Athel and Dark Elhain have wondered what happened to their brother Dark Kael. Turns out he was hiding in the Doom Tower! Dark Kael finally joins his fellow Dark starters as part of a Fragment Collector and is only obtainable from completing Doom Tower Secret Rooms and will not be available from Shards.

Dark Kael is clearly designed as a Clan Boss champion however he will likely have uses in a large amount of content due to his passive. Firstly his A1 has the ability to explode 2 poisons or 1 poison and 1 HP Burn on a single target. As a triple hit ability, this makes him Giant Slayer mastery viable. He also has the ability to increase debuff duration on the target by 1 turn on his A2 alongside placing Decrease Attack. This certainly won’t displace Vizier Ovelis however it’s a luxury addition to his Kit. Finally, he can place Poison Sensitivity and 3 Poisons on his A3.

His passive takes him into new territory as he is able to reduce the critical rate of all enemies under 2 or more Poison Debuffs by 15%. All PvE content generally has 15% critical rate on enemy heroes and bosses unless they buff themselves. Specifically in Clan Boss – this means he will never critical hit your champions which is normally the cause of early failures in most non-unkillable comps.

He is extremely good for boss content bringing a lot of poisons and good defensive options.

Decreases the C. RATE of enemies under 2 or more [Poison] debuffs by 15%. If there are multiple Champions on the team with this Skill, only one will activate.