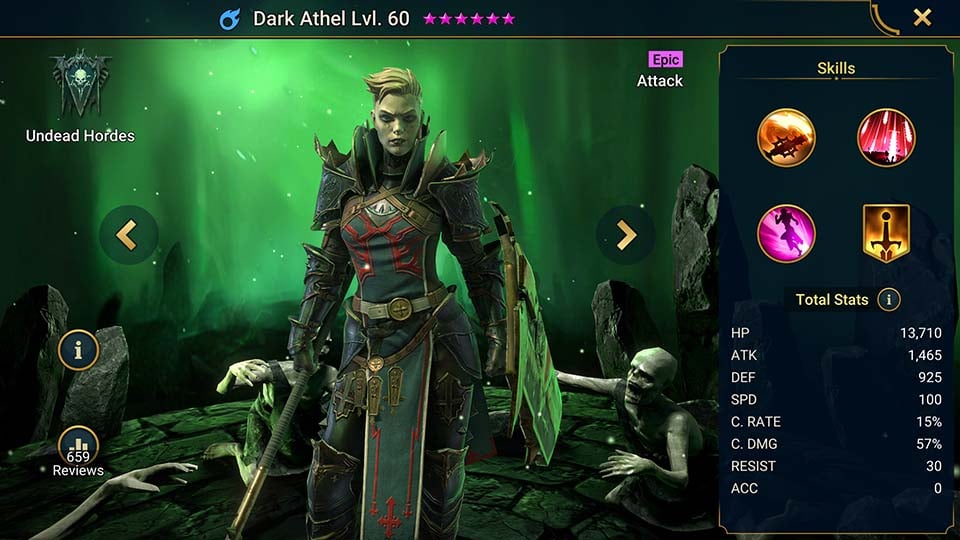 Athel favoured for her strength and determination in life fell in a mighty battle, captured and tortured until no sense of her previous life remained. She now lives in a world of chaos and pain.

Dark Athel is a Magic affinity epic from the Undead Hordes faction. Dark Athel is one of the Daily Login Reward champions available after logging into Raid for 90 days! Her whole kit is aimed at being amazing for Spider with AOE abilities on her A2 and A3 that control speed and an A1 that decreases defence. The main issue is that she really doesn’t hit hard compared to other epics in the game and she is very difficult to keep alive. Dark Athel is over shadowed by the 4 starter champion rares and a lot of epics and needs a buff.
With the addition of Hydra to Raid Dark Athel has another shot at being useful due to her AOE decrease speed ability but is very niche and often surpassed by epics and rares alike.

Increases Ally ATK in all battles by 20%