A new Update is due to arrive shortly, and, as always, we have prepared a quick recap of the things you can expect. First of all, Saved Teams will let you adjust the behaviour of your Champions in Auto-Battles (including the Multi-Battle mode) and do it as far as choosing which Skills they prioritize or avoid all together! Playtime Rewards will receive an update and offer more resources as your Level increases. Finally, we have a pack of shiny new Champions for you to enjoy, including one handsome devil of a Dwarf for the June Fusion event, and a number of QoL features. Read on if you want to find out more about these features:

Saved Teams are one of the features we promised in our latest What’s Next In Raid video, and it will allow you to premake Teams for PvE and PvP Battles. Better yet, it will let you tweak Skill prioritization for each Champion before you send them into Auto Battle! It will become available upon reaching Player Level 30.

The basics are simple enough: you can access the feature by tapping the Team Setup button on the Champion selection screen before a Battle. From there, it’s a familiar ride where you fill specific slots with whichever Champions you want, just mind the Leader as always! In total, you’ll have 10 Saved Teams for PvE Battles (Campaign, Dungeons, Faction Wars, Clan Boss, Doom Tower) and 10 for PvP Battles (Classic Arena and Tag Team Arena).

Each Saved Team can be named, so you’ll be able to pick and choose when going between game modes. And if you no longer have any use for a specific Saved Team, you can delete it at any point.

Aside from the sheer convenience of having premade Teams ready at a tap, you can also adjust Skill priorities for each Champion – something that will make life so much easier for farming. There are several settings available for each Skill that you need to know:

When the update hits, Playtime Rewards will increase with your Player Level. See the shortlist of changes below:

This month, we’ll have a Legendary Dwarf Attack Champion available for Fusion. His name is Hurndig, and he’ll be your best friend if you need to blast a bunch of enemies apart or apply some painful debuffs. 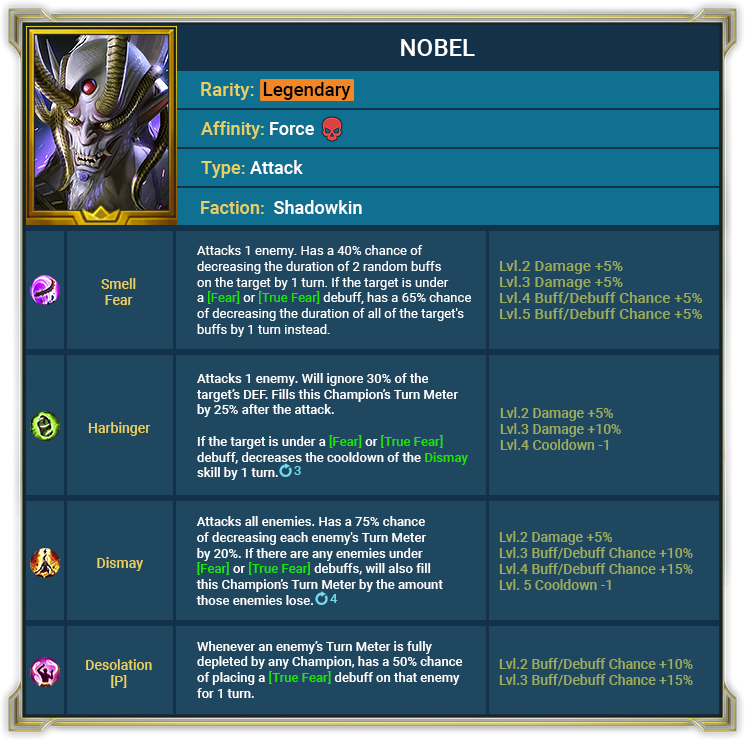