What is Summoners Glory?

What is Summoners Glory? – Brief Introduction to the Game

Summoners Glory is a new, epic and unique champion-collection game that brings the classic turn-based gameplay to the MMORPG genre. The game is currently available on smartphone devices — Android and iOS, featuring an experience never seen before.

Summoners Glory: Eternal Fire made its debut on Google Play and Apple’s App Store on October 18th, 2020, receiving very positive reviews from critics and average users alike. And while the game is jam-packed with tons of quests and features, the experience might come off as a bit overwhelming to a few. Therefore, here is a brief introduction to Summoners Glory: Eternal Fire. 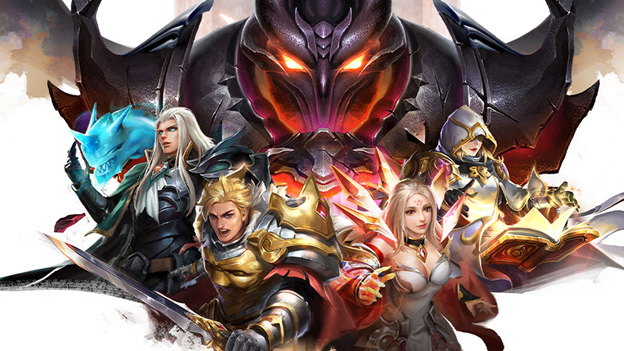 The plot for Summoners Glory revolves around the reign of terror spread throughout the world by demons and fierce creatures, led by the Demon Lord known as Morganter. The Demon Lord made his appearance in Kairasia, disrupting the peace among the people of Ertos. The once beautiful world was not at the brink of destruction, with no one capable of taking a stand against Morganter and his army of demons.

Time after time, the humans faced defeat, however, they did not lose hope in their gods. And hearing the pleas of the forsaken souls of Ertos, the Goddess of Initial finally descends to the realm, bringing the hope and light amidst the darkness Morganter had spread. Thus, with the power of the Gods at their side, the heroes arise once again, to bring an end to the tyranny of the Demon Lord Morganter. 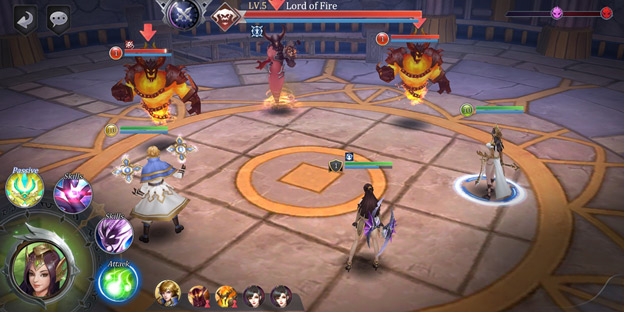 Apart from the game’s unparalleled story-telling and narrative, Summoners Glory features an immersive 3D world, with choices that branch out from the game’s main story. This allows players an additional degree of depth to the game’s premise, crafting their own experience and narrative throughout their adventure. The visuals are easily on par with some of the prominent PC MMORPGs, while putting many mobile MMOs to shame.

Moreover, players are capable of summoning and evolving a variety of heroes from the game’s gacha style collector system, and have them fight as your allies. The heroes, or otherwise known as ‘phantoms’, come with unique and distinct skills and appearances. And considering your playstyle, Summoners Glory allows players to strategically assemble their own teams of phantoms for different battles. Needless to say, you can also level up and max your phantoms to further improve on what skills and abilities they offer.

While the game’s collection element and narrative may seem like its selling point, the role-playing aspect is also done surprisingly well. Summoners Glory comes with its own take on PvE and PvP. Currently, there are 18 different types of weapons available in the game, with unique abilities for each weapon. The dungeons are also well-made, requiring an adequate degree of co-operation and synergy between the squad. And since Summoners Glory is an MMORPG, what better than partying up with your friends and taking down powerful bosses and scoring some crazy loot rewards. But if that doesn’t convince you then you can also look forward to the PvP turn-based fights, allowing players to challenge other individuals from across the globe. 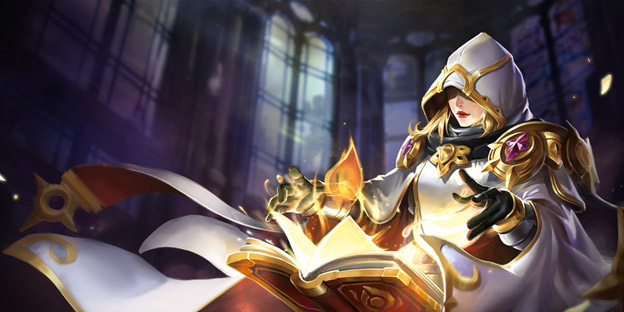 Socialising and other features

Becoming part of the Summoners Glory community, you will definitely be amazed by the number of things you can do in the game. You can chat with your friends from all over the world. And if none of your friends play Summoners Glory, you always have the chance to make new ones. For instance, you can choose to join or create your own guild and interact with other players.

Our community has its own cluster of active clans that you can join and get involved with because games like Summoners Glory are far more enjoyable when you play as a team.

If you still haven’t tried out the game yet, we definitely recommend you to do so. It is free-to-play, offers hundreds of hours’ worth of content, and you can play it on the go. What more could one ask for?

If you decide to try Summoners Glory make sure that you use CODE: FREESTUFF when you make your champion to get some FREE GOODIES!