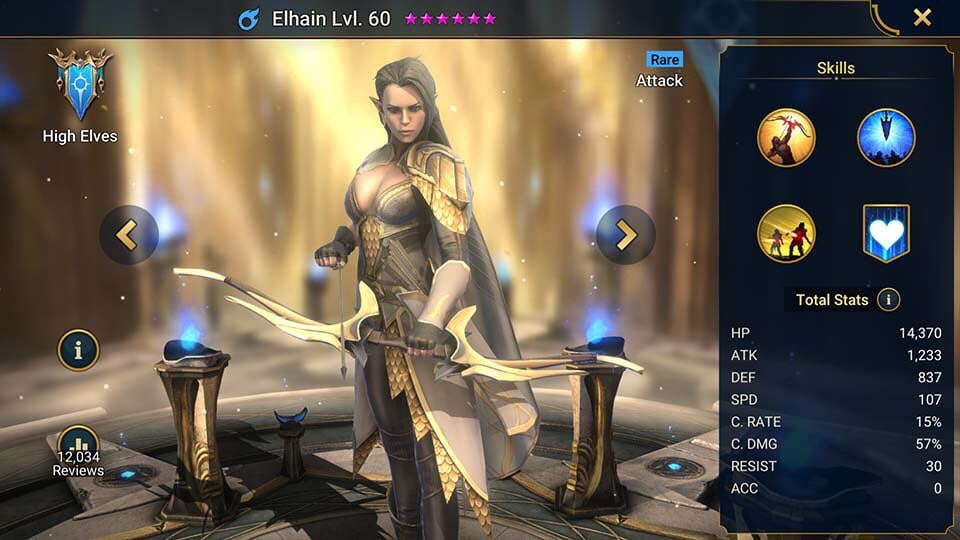 Elhain is one of the starter champions in Raid: Shadow Legends. She was the champion that got eaten by the Dragon in the opening scene so should you revive her? She’s good in arena with her nuke but that’s all she has.

Elhain is a Magic affinity rare from the High Elves and like all starter champions is a solid rare capable of playing in all areas of the game. Elhain is thought of as the worst of the four starter champions, mainly because she does offer any strong debuffs against enemies. Elhain is all about damage and is pretty capable in that field.
If building as your all rounder you should concentrate on offensive and defensive masteries as she has no use of accuracy. Warmaster is usually the best pick for most situations.

Increases Ally HP in all battles by 15%