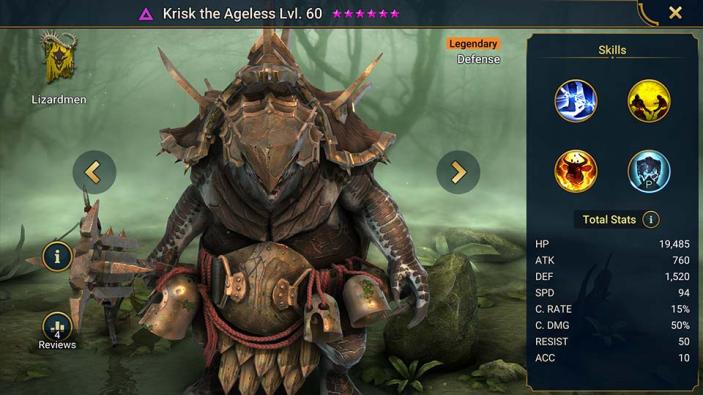 Krisk the Ageless is a Void affinity legendary from the Lizardmen faction. Krisk is literally a BEAST and one of the best champions in Raid: Shadow Legends.
He has a kit full of extremely strong Buffs and Debuffs to help your team take on all content in the game. Krisk has one of the highest base defence stats in the game which makes it very easy to build him to be a team tank. When paired with an AOE provoke and team wide increase defence buff you become very hard to beat.
Krisk specialises in some of the best Clan Boss builds in the game including a world record 150million damage hit with 1 key on Ultra Nightmare Clan Boss. He is also one of the best Arena defence champions in the game and widely seen in Platinum Arena competitive play.

Overall an amazing champion early through to end game!